5 Takeways From the “Giving To Women and Girls” Report The Indiana University Lilly School of Philanthropy in conjunction with the Women’s Philanthropy Institute recently released a groundbreaking research report entitled “Giving to Women and Girls – Who Gives and Why?”

It has been a long-known fact that women are key drivers to philanthropic giving in many, if not most, households. Based upon this new research we now have numerous insights into what are the driving forces behind this vital form of philanthropy. The Bill and Melinda Gates Foundation deserve gratitude for funding this research and bringing these insights to light.

Here are my five biggest takeaways from the study:

1. Females are More Likely than Males to Give to Women and Girls’ Causes with Larger Amounts

In addition, the women and girls causes need the support of males to maintain or grow their mission work. 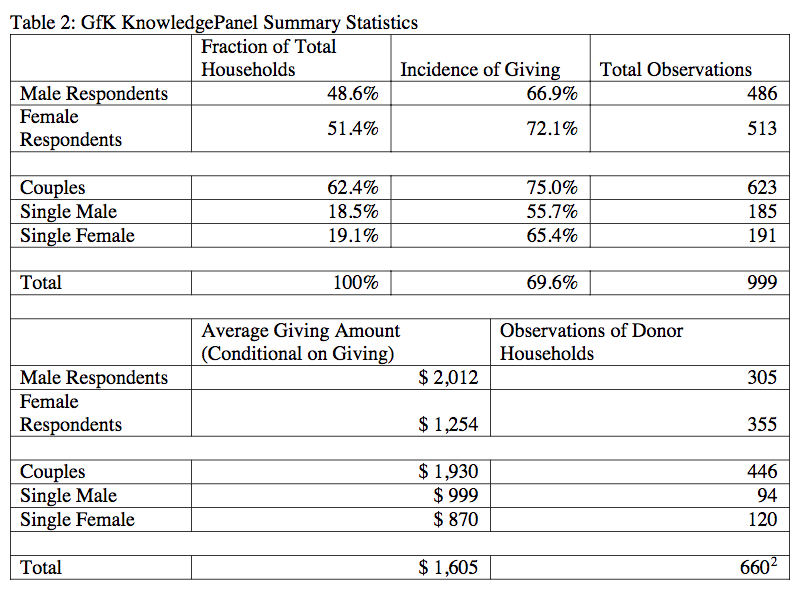 2. Single Women are More Likely to Give than Single Men to Women and Girls’ Causes

However, married women are only marginally likely to give than married men to those same causes. My personal view on this interesting statistic is also mentioned in the report. This revolves around the patterns of philanthropic giving by these same groups.

Single men tend to be the hardest to move into a mindset of giving back via philanthropy. Secondly, even in the case of married households, I personally believe the women have a major influence on the giving habits of the married men.

3. Female Respondents are more Likely then Males to Give to Some Specific Women’s and Girls’ Related Causes

This probably is the least surprising of all of the research findings. Since the research delves into the amount of difference there can now be proper scientific evidence for proper segmentation and outreach.

4. Age and Income are the most likely Determinants of Giving to Women’s and Girls’ Related Causes

Once again, scientific research proves that no other variables are strong enough to cause any measurable effect. As age increases, so does giving, particularly when looking at the subsets outlined above in number three.

One would also guess that rising income influences the level of giving to women’s and girls’ related causes. This is especially true for the subset cancer research, support and diagnosis as well as economic opportunities for women.

5. Respondents who Give to Such Causes are more Likely to Indicate that Women’s Rights and Community Development are a Priority

Tied directly to the above is the fact they are less likely to indicate tax policy is a priority for them. This finding speaks to the strong nature of these causes being near and dear to the heart of many women capable of philanthropic giving.

During the course of adding comments to the above findings one single theme rang out, the extreme importance of proper scientific research in the world of philanthropy.

Most, if not all of the five findings are not that surprising, but having them verified via proper academic research is so important for the world of philanthropy. It is my fervent hope more and more fundraising traditions are either verified or nullified by such scientific research.

Please peruse the entire report into to explore these insights in more depth!