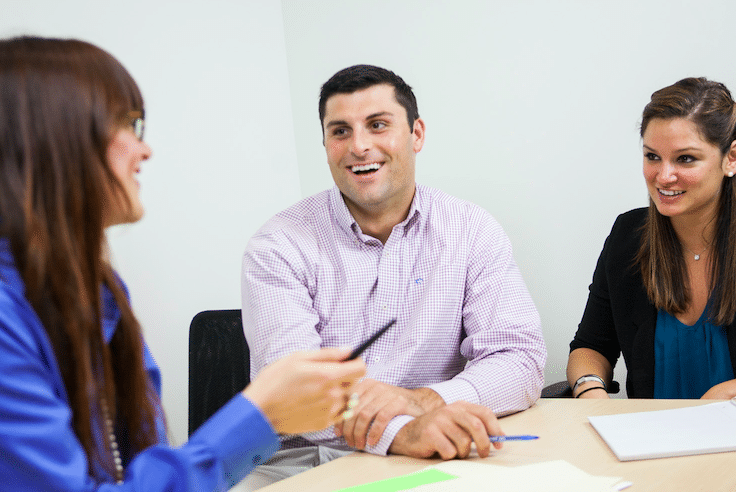 Micah Weaver never thought he’d be the type of person to suffer a panic attack. His entire life, he has been a low-stress person who could roll with the punches.

Then, one day, when he was driving home from work, it happened. Micah suffered from a panic attack. After several bouts of anxiety and depression, he had finally hit a breaking point.

The root cause of this breakdown?

A job which he loved, and was good at. In many ways, a job that he dreamed about. As Bloomerang’s engineering team leader, he was doing work that he loved with great teammates, and still struggled with anxiety in a high-pressure leadership role.

Micah’s story serves as an important reminder that, no matter how ideal the circumstances might be, leadership positions are high-stress and can take a big toll on the mental and emotional health of your team.

If you’re a nonprofit leader, you likely have teammates who are having similar struggles with anxiety in their day-to-day, whether you see it or not. Nonprofit work, while incredibly fulfilling, can be high-pressure at times, and it’s up to leadership to be conscious of their team’s mental health management.

“A good manager is going to manage the stress on the team in a way that’s healthy for all of their employees,” Micah said.

Here are a few lessons that Micah shared on a recent interview with the Scaling Software Teams podcast.

Lesson #1: Be Honest About Your Own Mental Health

Micah made a scary, but important decision after this experience. He opened up to his team and told them the truth. He knew he wanted to discuss mental health with his team, and this was the perfect entry-point.

Once he discussed these challenges with his team, he was taken aback at how much easier it was for him to prioritize his own mental health. He began to take regular audits of his own happiness levels, and observed the factors that tended to correlate with increased happiness levels. This led to him eating healthier, exercising more, and relaxing every evening.

One of the most important factors to building a happier team is psychological safety. If your team doesn’t feel like you have their best interest at heart, it’s impossible for them to do their best work, which will lead to a decrease in their overall productivity.

One of the things that Micah started paying more attention to after his panic attack was how he could create more psychological safety for his team, and he found that there was a simple formula he could rely on:

By doing these three things consistently, your team will likely feel more secure in their role because they know exactly what you’re expecting from them. Insecurities and fears should slowly melt away as you continually reinforce the idea that they are enough.

As Micah told us, “Nobody wants to work in an environment where they feel like they’re the low person on the team. If you’ve made it this far and gotten hired by us, we know you can do the work and know you can do it well.”

Lesson #3: Be Thoughtful About The Type of Feedback Your Team Needs

Every workforce will have different feedback needs. Some teams may require a firm hand, while others require more compassion. You should consider this when you’re giving feedback to your team.

Consequently, it can be hard for them to focus on what’s going right.

Micah wanted to reverse that trend so he could emphasize the areas where his team was doing their best work.

He started to go out of his way to call out things that were going right, and focused more on praising his teammates. He knew that most of their day would be spent on things that aren’t perfect, but he wanted them to walk away from the day with the feeling that their work was still great.

Tim writes about personal storytelling and its impact on your personal brand. To stay up with his thoughts, you can sign up for his free email course here.
If you’re interested in working for Micah’s team, check out Bloomerang’s Glassdoor and look for roles on their Engineering team.