#GivingTuesday: Should You Embrace It Or Not?

If you are engaged in nonprofit fundraising as either a paid professional or as a dedicated volunteer you have been hearing an increasing flood of information regarding the first Tuesday after Thanksgiving, otherwise known as Giving Tuesday.

What began as a lovely tradition to give back to the charity of your choice after the Black Friday shopping madness and the Cyber Monday online shopping explosion has now blossomed into full-scale campaign frenzy among most charities reliant upon donation revenue for their success.

If your nonprofit hasn’t ever participated, should you embrace the hype and get on the bandwagon? Or are there reasons to be cautious? Here’s a case for each side:

Any time the overall awareness level toward charitable giving of the general public is moved upward, it is a good reason to rejoice.

Each year the quantity of Giving Tuesday donation revenue has increased dramatically. In 2015 over 700,000 raised $116,000,000! Many small nonprofits have benefited from the windfall. Part of this is the public awareness and the other part is much better planning and execution by the majority of nonprofits leveraging social media and other digital channels creatively.

The rise of public awareness has been accelerated by mass media publicity. Such free publicity is easy to love. Let’s all hope such publicity continues far into the future!

There’s also no evidence that Giving Tuesday eats into other year-end charitable giving. It seems that it’s only enabling more generosity during November and December.

The embrace portion of the sub title above revolves around the increased planning and preparation toward making a strong Giving Tuesday appeal work for your organization.

I for one love it whenever any motivation comes into play that focuses small and medium-sized nonprofits on proper campaign planning and true deep analysis into the best type and style of appeals to send.

Based upon the above, it is easy to debate strongly for any charity to become part of the Giving Tuesday process.

Why Not Embrace It

Before my logic unfolds please keep in mind not fully embracing Giving Tuesday does not mean ignoring completely it at all. You would instead focus your precious planning and in-depth execution on other year-end activities, while still making an effort to send an email and/or a few social media updates on Giving Tuesday.

What are those other areas?

Most giving happens on Christmas Eve and the last three days of the year, with those days far-exceeding giving on Giving Tuesday.

If you are focusing all of your time on Giving Tuesday and forgetting about Christmas Eve and New Year’s Eve, you might be missing out on revenue (plus, you can stand out amongst the crowd as others clog the airwaves on Giving Tuesday). 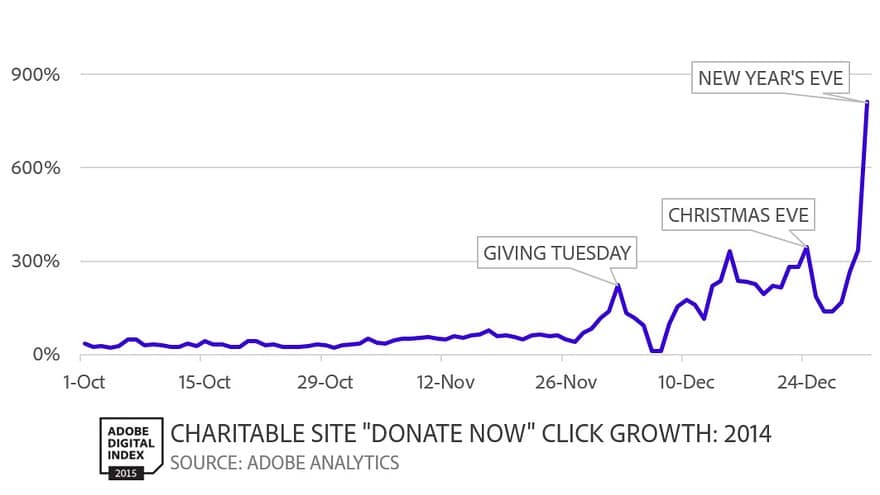 Lastly, ask yourself if your Giving Tuesday appeals are replacing your normal year-end appeal.

If you are just moving year-end giving dollars up a month or so then there is no net increase in overall donations raised.

If you have focused a large amount of effort in the past, what does the post event and post year-end data analysis tell you?

Here are a few key questions to ask:

The answer to the above questions will help you decide whether to embrace Giving Tuesday or not (hopefully you are doing an analysis of this kind after every campaign).

It may be the best campaign ever for your organization or it may not be worth quite the extra effort given to it.

Only your careful analysis can answer this.

Once you have the analysis results, you can decide how much time and effort should be expended for Giving Tuesday in the future.

How about the rest of you fundraisers out there? Does Giving Tuesday merit a large amount of extra effort by your team? Let me know in the comments area below!