Donor Advised Funds Can Be Every Nonprofit’s Friend We often hear nonprofit executives and fundraisers lament the coming of donor advised funds, or as some donors refer to them, charitable gift funds. There is no doubt the rise of such funds in our sector is nothing short of phenomenal. The numbers are almost staggering to comprehend. Consider these quick facts taken from the 2017 National Philanthropic Trust Donor Advised Fund Report: Grants exceeded 15 Billion and rose 10.4% over the previous year! Donations to DAF’s (donor advised funds) were 23.27 Billion a new all time high! 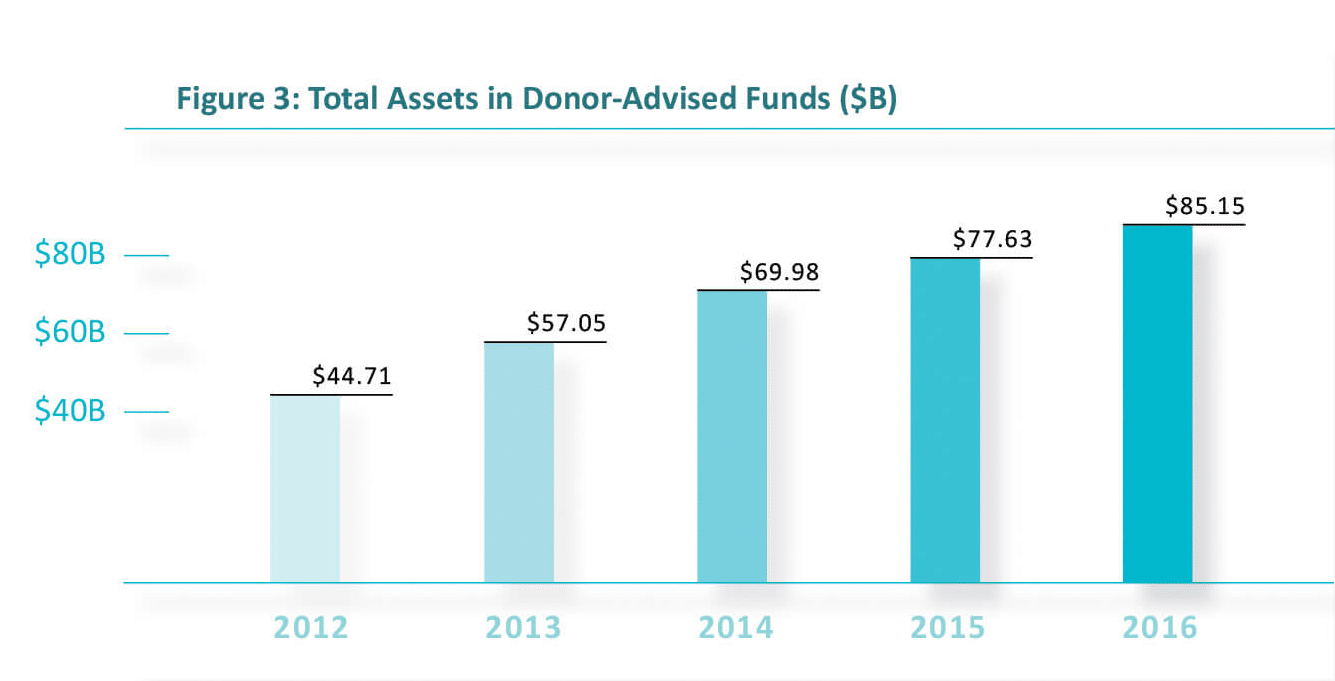 I saved the metric concerning the percentage of payout until last on purpose since this is where the concern comes into play from nonprofit executives and fundraisers. They often refer to the billions still being held in such funds.

This is a legitimate fact to discuss, but one must keep in mind these factors and the immense benefit they bring to the charitable sector:

In order to illustrate the immense giving power of donor advised funds going forward and to also show how the funds themselves enlighten donors please see the following Charitable Donation Calculator taken directly from a Schwab donor advised fund account.

The impact on the chosen nonprofit missions will be outstanding! By merely filling in the six simple numbers reflected above, the account owner(s) is able to see just what type of impact they can have with their chosen charities.

For those of you in fundraising who have never seen such a calculator the results reflected below might just be a real eye opener! Notice the absolute immense impact just this fund alone could have on a single charity or a small group of charities over the next 25 years and beyond. (Especially now since a 7% annual return would be considered low in the recent stock market and investment return run up!)

The numbers are just far too compelling to not take notice by every fundraising professional. Knowing whom in your constituency have donor advised funds is no longer optional in my opinion.

Embracing the donor advised funds as a dear friend as well as being just as knowledgeable about them as the donors utilizing them will pave the way for truly funding your mission well into the future!

If you have any donor advised fund stories or additional advice to share please do so in the comment area below.