For nonprofits who can’t afford traditional advertising, getting free publicity on TV or in the newspaper for is often a major outreach goal. In fact, some large, national organizations have communications departments wholly leveraged towards traditional public relations tactics, with no resources allocated to content creation. While PR can be very effective for nonprofits, it may have become a golden calf – one whose returns will diminish as traditional media outlet readership and viewership declines.

Finding an appropriate balance between earned and owned media efforts is the key to your nonprofit achieving online and offline relevancy.

What is Earned Media?

Earned Media is any instance of someone outside of your organization talking about you, and includes press coverage, either in print/online, TV or radio. Traditional PR efforts like press releases and journalist outreach fall into the category of earned media, with the goal of a feature or mention in a story or article that ultimately drives donations, volunteerism or advocacy.

What Is Owned Media?

Owned Media is content you create and distribute through channels you own, and can take the form of social media updates, blog posts, videos, infographics and other rich content. The goal of any owned media initiative is to create content that your current and prospective supporters find valuable, which in turn increases your visibility and credibility, and ultimately drives donations, volunteerism or advocacy. A piece of owned media is the result of content marketing.

So why should nonprofits shift their focus from earned media to owned media?

1) Owned Media Puts You In Control Of Your Own Destiny

Relying on press coverage as your primary source of outreach and promotion can be a risky proposition, since there’s no guarantee that a news outlet will pick up your story. Even if they do, you’re putting your messaging in the hands of a third party that has little or no reason to communicate accurately on your behalf. Furthermore, you don’t own that content, and it can be difficult to repurpose or redistribute after the fact.

With owned media, you control the content and messaging completely, as well as how and when it’s distributed. You no longer have to beg, or be at the mercy of a reporter to reach your intended audience.

Typically, a nonprofit will reach out to a news outlet to cover a specific campaign or one-time event. What often happens is that news outlet, whether it be a print publication or local TV affiliate, will do a story on or after the date of the event. In other words, they tell their audience that something happened, rather than that something is going to happen. While this does generate positive publicity and awareness, it doesn’t always result in getting people to show up to your event. These diminished returns become even more apparent when you factor in the time and energy it takes to generate that coverage. Imagine if those resources were spent on promoting the event or campaign through other means, or by creating content that your community is craving?

3) The Effectiveness of Earned Media is Difficult To Track

Tracking ROI (return on investment) for any digital marketing or outreach activity is a challenge. However, when you compare the ROI of earned media vs. owned media, owned media typically wins out.

Take, for example, being featured in a TV news story that previews a fundraising event. If you’re lucky, the story would air prior to the event, and would flash an on-screen URL, phone # or address. In order to measure the effectiveness of that feature, you would have to poll all of your attendees – either at the point of registration or on-site – in order to ascertain whether that story is what drove them to attend. This is also the case with radio or print.

Contrast that to a blog post which also previews the fundraising event, distributed via email and social media, that links directly to the registration landing page or form. The traffic sources and flow would be easy to track via web analytics or a social media CRM. Impressions, household reach, circulation and distribution counts are all fine and good, but pale in comparison to hard metrics like website visits and web conversions. 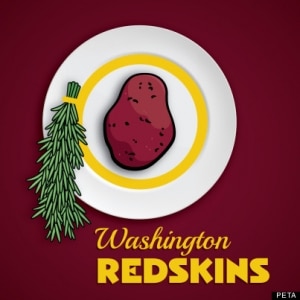 Earned media and owned media have a unique dichotomy. While earned media coverage does not generate owned media, the reverse can be true. In other words, an interesting phenomenon can occur as a result of effective content marketing: traditional media outlets will ask if they can distribute your owned media! You can completely flip the script on the relationship.

Think of any recurring feature you’ve seen on local TV news. Usually, an expert is brought in weekly for a short segment. That expert shares tips and tricks in the form of deal-hunting, home improvement, personal finance or cooking, as an example. Those experts are typically chosen because they have an existing audience who views their content as valuable. If your nonprofit was creating that kind of valuable content – in the form of tips and tricks that align with your mission (think: health and wellness) – media outlets, whose resources are also thin and who are clamoring for high-quality content, may want to distribute your content for you.

It won’t just be news outlets sharing your content. PETA recently published a suggestion for a new Washington Redskins team name and logo. The image went viral, landing on hundreds of blogs and industry websites (fueled by social media sharing).

And now I’m sharing it! I bet you wouldn’t have thought about PETA once today otherwise.

This is content marketing in its purest and most effective form – and they didn’t have to ask a single person to share it. You could classify all of this sharing as earned media, but it was generated organically, rather than being solicited.

Notice how the image doesn’t really have anything to do with PETA? They’re not asking for donations or promoting a campaign, but they have generated a ton of buzz for their organization.

Once this content has been distributed online, it becomes indexable by search engines, resulting in your website pulling in visitors who are searching for your content. Contrast that to a media outlet pushing out your content en masse.

Speaking from a for-profit marketing background, if I wanted to identify a nonprofit organization to align with for a cause-based marketing campaign, I would look for the following characteristics:

The first two are a no-brainer, but the last two are going to be increasingly important in the future. Why? For-profit marketers will want to tap into those online communities, and online content will be their method of doing so.

A typical earned media mention has a lifecycle that begins and ends quickly:

This is because timely earned media content is very disposable. It appears in print, and then ends up in the recycling bin. If it appears online, it might get promoted once or twice before being buried by recent news. There’s nothing stopping that outlet from deleting, archiving or gating that content. If it appears on TV, the segment might air once or twice, then never appear again. Even if you can somehow capture it on your YouTube Channel, that content likely won’t do you any good once your event or campaign ends.

Contrast that to the lifecycle of an owned media campaign, which has no end:

Owned media that resides on your website exists in perpetuity. It can generate search engine traffic for as long as people seek out that content, and shared for as long as people deem it valuable. Your goal should be to create evergreen content: content that stays relevant long after an event or campaign ends.

Earned media can be very good for your SEO efforts. Links back to your website can increase search engine rankings, leading to more website traffic (as long as those links aren’t spammy and come from credible sources). Co-citation and co-occurrence of phrases (a brand mention without a link) can also generate positive SEO results.

However, Google now considers links in press releases to be “unnatural” and recommends specific ways of optimizing them to avoid penalization.

Getting Started In Owned Media

While owned media is a “free” form of advertising, it requires some investment. The smallest barrier to entry would be to become active on social media.

Finally, if you can set aside a few dollars, consider creating a video or infographic.

The key to making all of this content successful is making it educational, and not promotional. Remember: everyone who works at your nonprofit is knowledgeable about the mission you support. Share that knowledge!

Traditional media may be unmatched when it comes to reaching a broad audience. A good publicist or PR firm can do wonders for any nonprofit, and there are definitely cases where a feature in print or on TV generated results. But owned media allows you to target and capture the most qualified contacts with information and content relevant to them, while creating a basis for SEO success – all without leveraging your success on an industry in decline.

Media coverage should be the unsolicited result of effective content marketing, and not an end goal in and of itself.

img via | img via