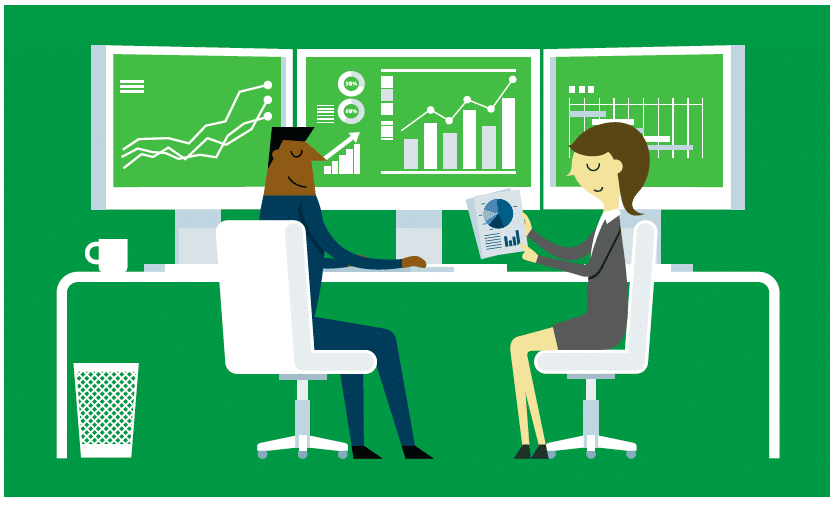 For many nonprofit organizations, it can be difficult to measure fundraising effectiveness when it comes to strategy.

Especially since there is an old-school and misguided belief by many people that fundraising expenses are bad. On the surface, this belief sounds good. Shouldn’t all money in an organization go towards program and mission-related activities?

Let’s take a closer look from a real-life example.

Many years ago, my church had a stated goal to devote 50% of our budget to overseas missions. Sounds like a great goal, right?

But as our church grew, this became more and more difficult. If we held ourselves to this standard, we would actually be giving LESS money to overseas missions because we wouldn’t be able to add staff to support our missions activities, or add the necessary administrative people and tools to support our growth.

The fact was: our 50% goal was restricting our growth. Once we realized this fact, we were able to send much more money to overseas missions, even if it was a lower percentage of our total budget.

Our impact is now much greater because we changed our metrics.

The same could be said for many other nonprofits. Is your goal of low overhead (or keeping your fundraising expenses to a minimum) prohibiting your growth?

A recent research report released by our friends at Board Source talks about new ways to measure the effectiveness of your fundraising efforts.

This report provides ways that nonprofits can walk the tightrope between being overly concerned about the percentage of fundraising expenses while also providing the appropriate level of accountability and efficient operations.

They highlight the ‘Three Most Important Measures of Fundraising Effectiveness.’ When taken together, these metrics provide a more holistic view of an organization’s fundraising effectiveness.

Let’s take a brief look at each metric to help measure fundraising effectiveness:

1. Total Fundraising Net: Are we raising enough money to fund our mission now and in the future?   This is the “bottom line measurement of fundraising success.”

2. Dependency Quotient: To what extent are we dependent on a small number of large-scale donations? This is a measurement of risk.

3. Cost of Fundraising: How efficiently are we raising funds, and are our overall efforts achieving high return on investment? In short, this measures how much it costs you to raise money.

So without getting too much into the weeds, here are some applications and things to consider from Board Source as you make these calculations:

1. Low Dependency Quotient / High Cost of Fundraising:
You are likely investing heavily in fundraising programs that provide a diverse group of funders, but you’re spending a lot to make that happen. Are you missing opportunities to go after major gifts?

2. High Dependency Quotient / Low Cost of Fundraising:
You are likely receiving big donations from a handful of donors, but are at risk if you lose just one donor. Do you have a safety net that would continue to fund your mission?

3. High Dependency Quotient / High Cost of Fundraising:
You are investing heavily in many different strategies, but are still highly dependent of just a few sources of funding. This is common for organizations who rely on just one big event a year for the majority of their funds.

4. Low Dependency Quotient / Low Cost of Fundraising:
Keep up the good work! This is the ideal scenario.

Now we’ll look at another real-life example of these metrics at work.

If your nonprofit is like many others that struggle with being overly dependent on too few funding sources (high dependency quotient / low cost of fundraising), I have a success story that hopefully provides an idea or two, or at least provides hope if you feel stuck at your nonprofit.

Before joining Boomerang I worked for a nonprofit in Indianapolis for six years and had the privilege of seeing and contributing to a turnaround in fundraising sustainability.

When I first joined this nonprofit our budget was comprised of a scary-small number of large grants. Two years later a large grant funder didn’t renew and four of my coworkers were let go due to the new, smaller budget. Hopefully you can’t relate, but I’m afraid many reading this post will. Okay, I promised encouragement so let’s get on to that part of the story.

The nonprofit then hired a new ED with a strong background in understanding data and forming strong business relationships. He knew the challenge this nonprofit faced to attract a larger number of smaller donors to become more sustainable, and he led a significant turnaround in just a few years. No, it didn’t happen overnight, but looking back the change is remarkable.

The key was securing a higher number of mid-major donors (under $5,000 gifts). These gifts were large enough to impact the overall budget, yet small enough that if one or two didn’t renew the following year we didn’t have to cut programming. Here’s the turnaround:

Here are the key investments this new ED made in 2012 to make this turnaround possible. Perhaps one or two might make sense for your situation:

Hopefully this short story provides some hope if you’re currently stuck with being too dependent on too few fundraising sources. While we can’t raise more major gifts overnight, it can be done with a few key changes.

Not only will your budget and programming be in a healthier state, but the wonderful mission of your nonprofit will be protected and even grow!

The ED who led this turnaround sadly passed away from cancer in 2017, but what a legacy he left! In a few short years this local nonprofit went from almost shutting its doors to growing in sustainability and doubling the number of program recipients.

What changes can you make to become more sustainable?