In this video, Steven from Bloomerang sits down (virtually) with Laurel from Maggie’s Place to talk about how they maintained a steady stream of support while the COVID-19 crisis changed how they provide services.

With multiple locations closing or partially-closing to in-kind drop-offs, MP needed to communicate what changes were happening on-site while also explaining that there was still a need. Several consecutive update emails were sent, each with a contextualized appeal for support. If that wasn’t enough, they also had a statewide day of giving to navigate. Laurel says that weaving in stories from service recipients and thank you’s to supporters was critical to their success.

With locations in two states, the first notification email since the crisis began was segmented to groups: supporters in AZ and those in OH. Subsequent emails would explain any changes or updates to services, but each contained an appeal. Even though item drop-offs would be prohibited, MP gave supporters additional ideas for how they could be supportive. 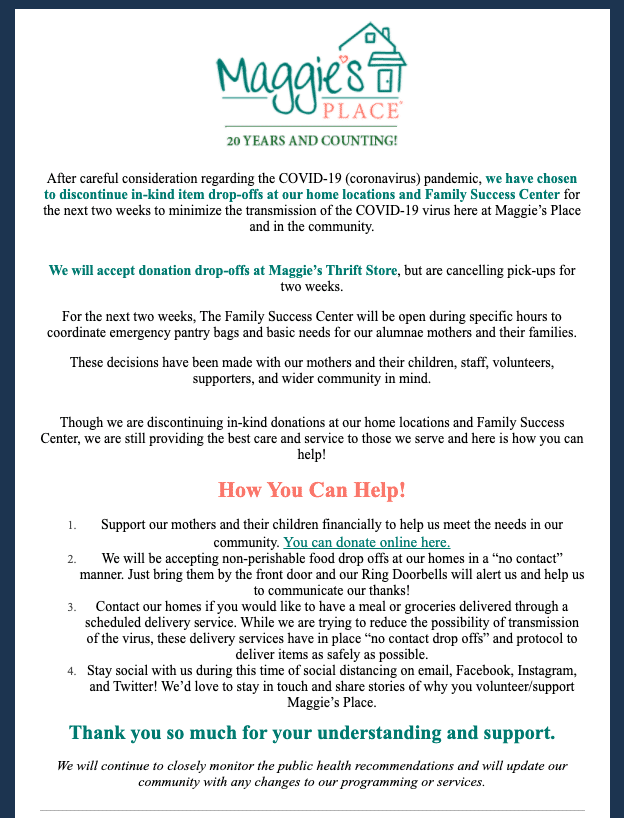 MP was sure to send thank you emails to supporters but in a segmented fashion. Recent donors received a thank you without an ask, while those who hadn’t given received a version with an appeal.

Subject: We are Thankful for the Helpers and Supporters. 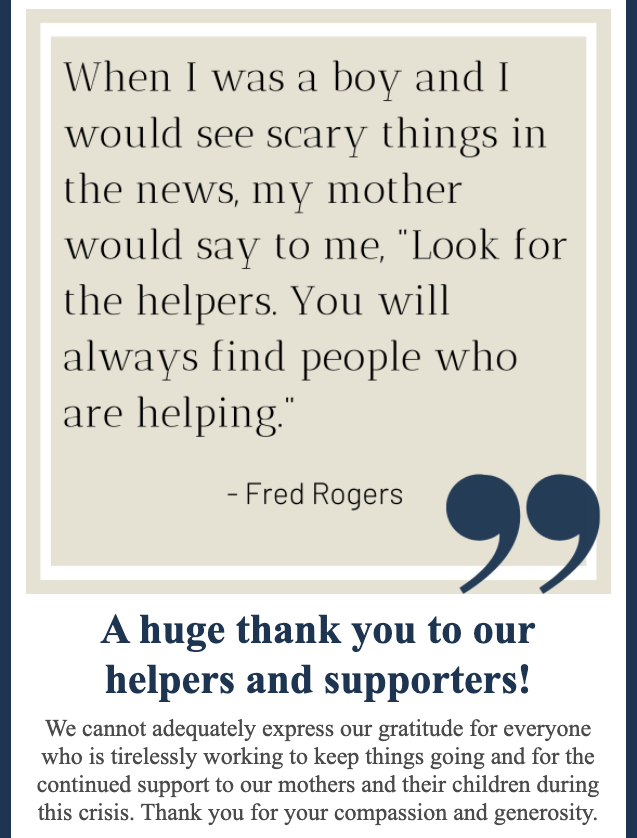 Early April brought an annual statewide day of giving, which MP didn’t shy away from. Laurel says that they’ve raised 3x as much as they did last year.