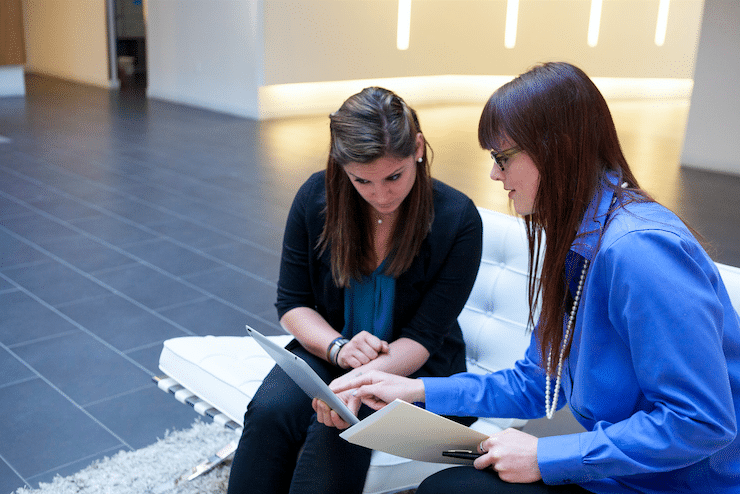 Nonprofits turn to awareness campaigns to increase their visibility and ride the wave of relevancy, often as part of designated awareness weeks and months. While there’s some good advice out there for putting together a campaign that drives people to act, the traditional marketing funnel is failing us when it comes to building relationships that lead to more supporters in the long run.

Whether you’re asking someone to sign up for emails or make a donation, a standard way of structuring a campaign is to think about how you’ll move someone through a funnel to the desired action.

For example, an awareness campaign related to public health might ask people to take a pledge promising that they’ll get a medical screening. Many folks won’t get much further than the initial stage, while others will consider the information and determine that it’s right for them. 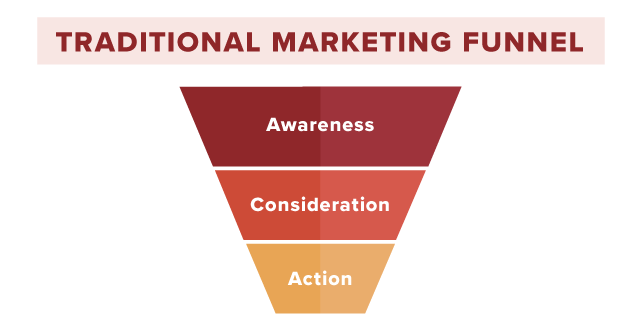 From start to finish, an effective awareness campaign taking this approach would have some key ingredients:

But what happens to people at the end of the funnel?

Maybe you attracted a following of social media slacktivists or raised money from first-time donors. Now, you have a new type of audience on your hands that’s just starting a relationship with your organization.

Rather than say “see you later!” and trying to reach a whole new cohort of supporters the next time an awareness campaign comes around, the better return on investment is to continue their journey.

Fundraisers these days are no strangers to the need for donor retention. Nonprofit marketers have a similar challenge attracting and keeping attention in the long-term—which keeps people warmed up for the next appeal or ask.

Taking a double funnel approach to awareness campaigns means planning ahead and making sure you have the processes in place to move people through a much longer journey. And instead of focusing purely on retention, the overall goal is to cultivate people into becoming advocates who can spread the word to people and places that you couldn’t easily reach before. Let’s dive into the stages of the two funnels. For each one, consider the goals of your audience and your nonprofit. Think about the types of tools, activities and information you could use to move people to the next phase.

During the Awareness stage, the primary focus is pushing content into the world to attract the attention and interest of your target audience. Here’s where you’ll start generating traffic from your communication channels like social media or media coverage.

What makes your organization stand apart from the rest? The Consideration stage is where newly aware people will dig deeper into what your nonprofit offers (and what you’re asking them to do) in comparison to other options. They might look at your partners, reviews and impact information.

You now have the attention of a smaller, but more invested audience. In the Action stage, success is defined by getting people to convert, such as subscribing to action alerts, making a pledge or joining a monthly giving program. Whatever the call to action, you need the ability to track and follow up with these supporters, like collecting contact information and making sure you add them to your donor management software.

New supporters need to stick around in order to turn them into champions. For the Retention stage, marketers and fundraisers work together to stay in touch with this unique segment of your audience. Follow-up communications like newsletters, surveys and direct mail are common.

The Engagement stage is the start of your “upsell” that gets people talking about your organization to friends and family. Thinking about your favorite brands or stores, what would a loyalty program look like at your nonprofit? Your messages should be highly segmented, and you’ll look for online and offline opportunities (like Facebook Groups or in-person events) to connect based on their interests.

When a supporter reaches the Champion stage, they are prepared and willing to spread the word about your mission and programs in order to recruit people using their networks. Maybe you’ve invited them to a social media ambassador program. When your next awareness campaign comes around, these supporters can amplify your voice and add new people to the start of the funnels.

So, what’s next? It would be much too difficult and time-consuming to keep people in the Champion stage forever. From here on out, aim to have supporters cycle through Retention and Engagement stages as you identify new areas for them to be champions for the cause.

If your team already prioritizes thoughtful campaign follow-up, you’re well on your way to a double funnel strategy. For others who are just getting started, or about to launch your first awareness campaign, the amount of planning can seem overwhelming. Not only does this approach change your tactics and timeline, it also adjusts your measures of success.

Look for places where marketing automation can play a role and lighten your load, especially in the early stages. And don’t forget about the power of a website with great content. After all, you don’t need to develop relationships like you would with a major donor—the double funnel strategy is more about sustaining interest and interaction than one-on-one cultivation.

The task of “raising awareness” is vague at best, making it easy for even well-planned awareness campaigns to miss out on long-term value. Consider the double funnel for your next campaign and start harnessing the energy of loyal supporters.