How to Survive an Imperfect Nonprofit Culture 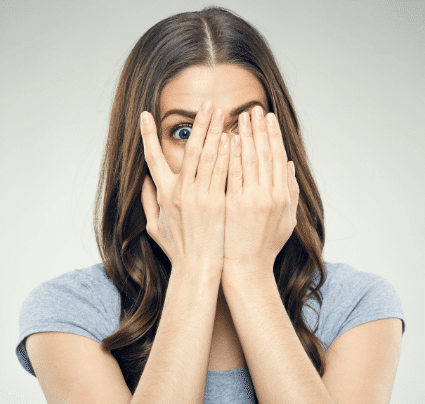 I want to make a point about the significance of a culture of philanthropy.

If you think philanthropy is only for the very rich… or if you believe asking someone for money is an unkind act… or if you’re feeling unkindly, unfairly or oppressively treated by the organization for which you work… you’re not going to really be open to that conversation. I get that.

I wish this didn’t have to become such an US/THEM conversation. As in “You could never understand us, and we don’t want to understand you!”

Not as restoring the balance of power, equity, fairness and justice in the world.

That will happen through the nonprofits I coach and support.

I mean, of course, I see that as my job as a human being. One act of kindness, or advocacy, or conversation at a time. And I hope a little bit of all of that comes along with the territory.

The territory I want to wade deeper into today is nonprofit culture.

I’m concerned so many nonprofits have cultures that can, at best, be described as imperfect. A little flaw here and there is to be expected. And those can be tackled fairly easily. But the worst nonprofits (and there are too many) have cultures so toxic they perpetuate the very ills they seek to redress.

How can you restore global equity, fairness and justice when you practice just the opposite inside your own doors?

Which brings me to the importance of striving for a culture of philanthropy – with every fiber of your being.

Because if you accept that nonprofit culture is ipso facto inequitable, and run around decrying to yourself and others how messed up it is, you’re going to find it difficult to do an effective job. Because too much of your energy will be spent playing the blame game and acting the victim.

Below are some of the energy-sucking comments I received when I suggested nonprofits should not ignore their own employees when running community-facing annual campaigns because staff are an integral part of that community. They are “insiders – the very people who should not be ignored when it comes to offering an opportunity to feel the joy of giving.”

I know it’s not always easy to create change, especially from the bottom up. But that doesn’t mean you shouldn’t try. Sometimes it takes deconstructing the problem and attacking it piece by piece.

Here are some of the most common scenarios I’ve found thriving in imperfect nonprofit cultures.

One commenter noted: “The nonprofit arena tends to attract idealists and altruists, and so there is ample opportunity to take advantage.” Sadly, this scenario manifests when an executive manager doesn’t walk the talk. They give with one hand, take with the other. These leaders appear angelic when speaking publicly, but once you’re inside they turn on you. They find fault with everything you do, call you at all hours to make assignments, and fail to deliver on promised raises and promotions. The board and donors think they walk on water; the staff fear for their souls.

ACTION TIPS: Get out! Ideally, physically. At the least, mentally. This is a situation you can’t fix. You can’t change other people. You can only change yourself. In fact, the only alternative to leaving is to change the way you react to this situation. The longer you keep drinking in the poison, the sicker you’ll become. If there’s a way to let your boss’ behavior roll off your back, or to not take the bait, do that. It takes practice, but sometimes this helps a lot. Bottom line: Hold on to your power. No one else controls how you think and feel. Don’t let someone else dictate your self-worth. Establish boundaries, at least inside your own head. [Get some tips here.] Here are some things I’ve done (they don’t work forever, but do help while you’re in the process of considering a transition to a better situation):

Follow my lead. Give as I give to demonstrate your equal commitment.

One person commented. “By definition, you are taking advantage of a power relationship by asking subordinates to donate money.” I understand where she’s coming from, because I had a boss who constantly admonished me to tell my staff things like: “The boss works weekends and evenings, so you should be equally committed.”  Of course, I told my boss she made five times more than these staff members, so their ‘commitment’ might be a bit different. But what do you do if you have no one to run interference for you?

ACTION TIPS: Just because you’re not driving yourself into the ground doesn’t mean you’re slacking. When someone is full of themselves, sometimes it helps to just let them be. There are ways to compliment your manager for their dedication, while not committing to being them. Here are some things I’ve done:

One commenter responded to other comments about the ‘reality’ of nonprofit work being inherently inequitable, as she found herself “getting angry at the assumption that it is right to underpay employees, that it is right to treat them as hired hands and not partners, that it is right to expect them to work inhumane hours. It is not. But to not do those things, fundraising needs to be in high gear. As an ED I raise money so I have enough to pay my staff a living wage, so we’re staffed enough that everyone can take their full allotted vacation every year, and so no one works more than 50 hours a week on a bad week.” What do you do if failure of fundraising is leading to your imperfect culture? If your board members are more drains than radiators?

ACTION TIPS: Share articles about the role of fundraising (the joy, privilege and responsibility) with your leadership. Plenty of executive directors wish their board would fundraise and/or give more, but they’re just clueless how to make that happen. Sometimes leaders won’t listen to their own staff, but they’ll listen to outsiders. When I worked as a development director I often sent articles to my executive director and board members with notes like “Thought you’d find this interesting.” Or “Maybe we should invite this author to address our board?” Here are a few articles you might consider sharing:

One commenter introduced the term “value alignment exploitation,” noting we “get away with” exploitation of our staffs based on “it is all about the mission.” Another wrote about: “… the number of people who… fail to realize or… address that the primary culture of nonprofit organizations, especially those involved in direct Human Services, is one of inequity, classism, and petty politics.” Another said “often staff are last in line for being taken care of as it’s always mission/donors first.” The truth in these statements has been termed the ‘nonprofit starvation cycle.’ It’s a hair shirt mentality that leads to not spending enough on staff and infrastructure to get the job done effectively. And that includes doing so in a humane way. This mentality leads to staff overworking and even suffering — as that seems to be valued. Yet the mission of the organization, ostensibly, is to heal! What can be done to address this hypocrisy?

ACTION TIPS: Consider who might lead the counter-culture charge. Often there are one or two managers who are aware of the problem and want to do something about it. There’s strength in numbers. See if you can meet with them to talk about ways to shine a light on the situation. Perhaps the staff personnel committee can bring this to the board. Or a group of middle managers can convene a task force to look at issues like staff turn-over, morale and work/life balance. Or perhaps you can bring this to human resources and they can bring this up with the management team. No one should feel compelled to suffer to show they’re committed.

I see it this way: Our favorite restaurant may well survive if our friends don’t patronize it, but if we don’t ask them to join us they’ll miss out on all the joy. That’s why creating a culture of philanthropy is so important. Then it’s not US/THEM. It’s WE/TOGETHER.

You can’t play the blame game and just be a victim.

Either do something about it, or leave. [Can’t stand the heat, get out of the kitchen.]

In an organization where people are treated well, it’s likely a culture of philanthropy exists. Folks feel valued. They don’t feel taken advantage of. They love the mission, the donors and each other. They ask “what can I do to help you?” — all the time, inside and outside the organization’s doors.

How to Survive an Imperfect Nonprofit Culture?

People shouldn’t have to work where they feel undervalued, underpaid and overworked. Those are issues to be addressed head on, not subverted by thinking/feeling “well, I’m not doing this because they mistreat me.” If leaders are taking advantage of or oppressing staff where you work, that’s a serious problem. You can despair. You can whine and complain. You can succumb. Or you can figure out a way to rise above. Maybe that means developing an exit strategy. Maybe it means tweaking the system and changing how you cope. Maybe it means enlisting others to help you create change.

Fundamentally, it boils down to a question of aligned values and leadership. Since all philanthropy boils down to a value-for-value exchange, when staff feel taken advantage of and on the short end of the exchange, philanthropy will get subverted. The first order of business is to get everyone in touch with the mission, vision, and values. Ensure everyone sees themselves as part of that noble, positive culture. It’s not just about mission. It’s also about vision, values and culture.