How A Church Used Gamification To Raise $25,000 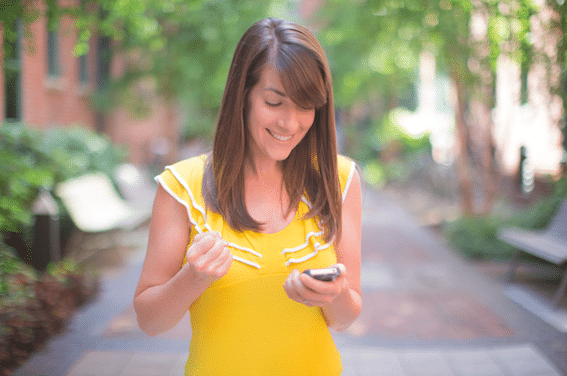 One of this year’s buzzwords in social and technology-driven fundraising is “gamification.”

Bloomerang is always excited to learn about, and help our customers take advantage of, new trends and services. But we also urge our customers to explore new services without losing sight of the core values of donor relationships and donor retention.

Recently, a committee at my church took on the mission of establishing a much-needed childcare center in our urban neighborhood — a task that required raising some $45,000, in addition to a seed grant from the church itself, from individuals inside and beyond our congregation for start-up costs.

They decided to work with a new firm in town that offers fun fund-raising solutions for small groups using a lot of gamification.

I’m not going to name the firm here because I’m using this blog to critique one aspect of what overall I think is a very good and exciting service.

Our committee liked what they saw and started making plans to work with one of the vendor’s programs.
At its simplest, the concept involves putting two hundred envelopes on the wall, marked with dollar amounts from $1 to $200. Everyone takes the envelope of their choice — or maybe two or three — and if every envelope is taken and returned with a gift in the amount of its label, you’ve raised $20,000 from 200 people at one event, and no one’s given more than $200.

After the event, assuming that there are envelopes left, this particular vendor then creates a “virtual” wall as a web-page, allowing others to “take” the remaining envelopes until every gift on the wall has been made. The vendor gets paid by taking a small percentage of each gift.

There’s a lot to like about this approach — it’s tactile, visual, fun, and egalitarian. Even kids can participate. But it’s not necessarily the best way to optimize your fund-raising success. So when I was asked to meet with this group a couple of days before the roll-out, we all agreed to a couple of tweaks that made a huge difference.

My primary concern was that, particularly in the case of our own congregation, this approach was going to leave money on the table. So the two changes we made were to make the amounts on the envelopes be only even numbers — $2 through $400 — and to add ten “golden envelopes” of $1000 (five), $2500 (three), and $5000 (two).

The Sunday that the committee made their pitch at a post-worship brunch, about thirty-five parishioners showed up. But afterwards, about twenty envelopes disappeared off the wall — including both $5000 envelopes. Two weeks later, about half of the envelopes have been taken down and returned to the church office with the corresponding donation inside. Almost all of the gifts under $100 have been taken. More than half of the $100 to $200 envelopes are accounted for. Very few of the $200 to $400 envelopes have been claimed, and most of those are in a cluster around the time-honored amount of $250. The vendor knows well, I think, that $200 is the limit for MOST people to make spur-of-the-moment or first-time gifts.

But I knew that there were enough people in this congregation with the capacity and interest in this project that the larger envelopes would not be wasted. Today, only one $1000 envelope and one $2500 envelope remains on the wall. Eight other members have donated $19,000 between the handful of them; and the grand total is approaching $25,000.

The point here is not that the gamification approach is bad. In fact, it’s working quite well; and I think the original unmodified proposal will work very well when rolled out at other neighborhood churches. For organizations that serve tight-knit communities, just like churches and schools, family-friendly fundraising ideas tend to perform very well when they incorporate elements of gameplay and competition.

The issue, however, is to not overlook the value of having built relationships. This particular cause was new, but the individuals who were working on it had rock-solid relationships with friends who understood the need and were willing to demonstrate leadership in getting the project started.

Within the context of a relatively small goal of about $45,000 in a relatively small window of a few months, I think that “settling” for ten “large” gifts totaling $21,000 as part of a gamified campaign that will still rely on a few hundred gifts of less than $200 was the right compromise. My instinct would have been to have spent at least an hour cultivating each of those four-figure gifts; and I’m sure a couple of those $1000 donors and even $5000 donors might have given even more if asked. But if a campaign is a success without completely maxing out every existing relationship, that’s a good thing, too.

We’re interested in hearing other experiences with gamification. What has worked for you? What has exceeded your expectations? What would you do differently?