It’s an age-old argument. How much should not-for-profit organizations spend on fundraising? Unfortunately, the argument sheds more heat than light on the subject and — despite some well-publicized examples of abuse — the real answer is “more than they are.”

Donors correctly expect that most of their gifts will be used for the cause to which they are donating. Yet charities that judiciously spend to build organizational infrastructure or to cultivate donors improve their ability to further mission. Thus a higher or lower percentage spent on fundraising does not necessarily mean a charity is “better” or “worse,” for a number of reasons.

Charity Navigator, a well-respected oversight agency, says “we recognize that different types of organizations work differently. This variation isn’t a bad thing. Rather, different types of charities have different resource and spending requirements.” Their data shows that 7 out of 10 charities they evaluated spend about 25% of their budget on fundraising and administrative expenses. Quibbles about the accuracy of the data aside, that number may or may not be right for your organization. 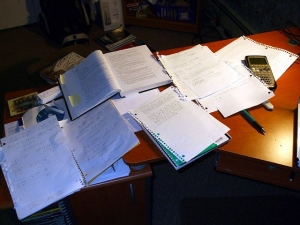 If you do the math, it’s clear that investing in fundraising operations can really pay off. To demonstrate how in the health care world, let’s compare investing in facilitating philanthropy with investing to build service line volume. Although profit margins vary from hospital to hospital — with many struggling to make 2 percent or 3 percent — for the sake of comparison let’s assume that your hospital is netting 5 percent from service line operations.

Based on these assumptions, what’s the result if we invest $1 million to increase service line revenue and another $1 million to increase philanthropic revenue, and both efforts are successful? Through philanthropy, you need to bring in $4 million in gifts to put $3 million on the bottom line. Through service line operations, you need to earn $60 million in revenue to get the same bottom line results.

So if you put a fundraising performance improvement initiative in place, and it yields an additional $4 million in philanthropy, you achieve the same bottom line impact as increasing other revenue by $60 million — or even more, depending on the service line’s operating margin and the hospital’s fundraising costs.

Whether you are fundraising in a hospital setting or raising money for another kind of NPO, the solution is the same: a multiyear fundraising business plan presenting a strong performance improvement program, a credible financial pro forma, and a discussion that builds confidence in the strategy and shows a diligent assessment of  risk vs. reward.

But don’t get trapped by trying to make this happen as part of the annual budget submission game. That won’t work. Real, exponential performance improvement — the kind worth investing in — doesn’t happen within the scope of a year. It takes a three-year plan …just as if you are getting ready to undertake a major campaign (which, by the way, isn’t a bad way to culminate such an improvement effort).