3 Twitter Fundraising Campaigns That Show the Power of Influencers 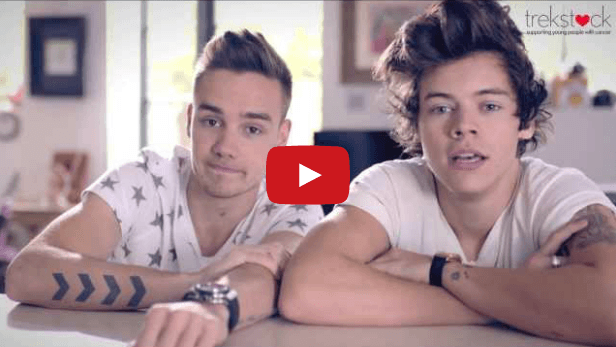 Social media has been a game changer for fundraisers. Twitter especially allows for authentic, one-on-one communications between charities and supporters at a scale unprecedented in the history of nonprofits. Some savvy organizations are able to turn those engagements into donations.

If you’re struggling to generate donations through Twitter or other social networks, you may be missing out on the power of influencers: supporters with a greater online reach than your nonprofit alone.

Here are three examples of fundraising campaigns on Twitter that benefited from some star power:

Locally beloved Colts punter Pat McAfee teamed up with the Indianapolis Star for a 48-hour fundraising campaign following a devastating wave of tornadoes and swept across Indiana.

Other famous athletes and Indianapolis luminaries got in on the action, raising $36,210 when all was said and done.

Peter Dunn, otherwise known as Pete the Planner, turned a blizzard into a windfall for one of his favorite charities:

I’m donating $100 per inch of snow tomorrow (airport measure) to @WheelerMission. Who will join me? Any $$ per inch would be great.

Hundreds pledged whatever they could afford as the snow fell – $5 per inch, $20 per inch – and when the final total came in at around a little over 11 inches, the nonprofit collected $42k and change.

As part of a campaign on Prizeo, a startup that matches charities with celebrities, the boy band One Direction brought in $784,345 over six weeks for a London-based organization that supports cancer research.

So why did these work? Here are a few takeaways: Had any of these three causes attempted to raise money through their corporate Twitter profiles alone, it’s likely that they wouldn’t have seen the same results.

Obviously, not everyone is going to have access to an NFL star or a popular boy band, but there are likely supporters in your donor database that have some clout in the social media sphere. Identify these folks and include them in online fundraising campaigns. Their reach will be a force-multiplier for your organization.

Clarity is key to making a fundraising campaign appealing. All three of these campaigns had self-imposed timelimits, which creates a sense of urgency among donors. The Wheeler Mission campaign also hinged on an external factor: the total amount of snowfall. This interactive element added an aura of mystery and excitement in what the final tally would be. Newsjacking is a strategy that can work well for nonprofits.

Have a unique hashtag

Hashtags allow tweets pertaining to a certain topic to be categorized and searchable. In other words, you can click on a hashtag and see every other tweet that included the hashtag. It also makes the campaign look more official and enhances a sense of belonging among supporters.

The One Direction hashtag – #hangwithliamandharry – became so popular that it trended #1 worldwide on Twitter. The other campaigns utilized #IndyStarTwitterthon and #GiveCreatively. Even now, you can look back on them and see the entire history of the campaign.

Have you seen any examples of fundraising campaigns that took Twitter by storm? Let me know in the comments below!