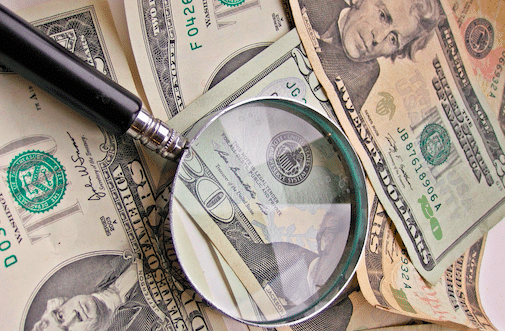 Planned giving operates in this strange limbo in the nonprofit community.

Organizations love planned gifts. The funding from them can have a huge impact on tight budgets.

However, nonprofits often run into metaphorical brick walls when it comes time to actively look for planning giving candidates. Planned gifts have the reputation of being hard to predict, which presents a problem.

On the one hand you have this amazing source of funding, and on the other hand you have organizations that are unsure of how to transition to joining in on the planning process, rather than being surprised when the donation comes in.

Prospect research solves the problem. With the right prospect research techniques, your nonprofit will have no issue identifying planned giving donors. Like a magnet to a refrigerator, you’ll be drawn together in no time.

To get your planned gift acquisition going, use the three tips listed below:

This advice will guide your search and help direct what you are looking for in your prospect research data.

You need to know what you’re aiming for if you’re going to be researching with an eye for planned gift prospects.

There are three types of planned gift prospects, two of which tend to come from wealthier donors and one that can come from anyone. Given that fact, the wealth screening component of prospect research will play a large role in identifying the first two prospect types listed below.

Both charitable gift annuities and charitable remainder trusts require donors to have a certain amount of money from the get go.

Although financial situations play an important role in a prospect’s ability to leave a planned gift, they are not a limiting factor, with bequests in particular.

…which brings us to our second piece of advice.

2) Planned Gift Donors Don’t Have to be Wealthy

In theory, planned gifts tend to be large gifts and they therefore come from those capable of making such substantial gifts. It is a logical progression and argument. Allow me to throw a wrench in the logic with a sample scenario.

Meet Ron. He has been a supporter of your cause for most of his adult life. He always gives when he can, but his spending budget is tight so he usually only makes small contributions.

Ron feels connected to your organization and decides to make a bequest. Your nonprofit receives the gift after he passes away and it far exceeds anything he gave in his lifetime.

Smart organizations see the potential in small gifts, as well as large ones, and cultivate relationships accordingly.

Maybe in an alternate universe to this sample scenario I’ve concocted Ron makes his first small donation and no one from the nonprofit even sends an acknowledgement. That bond is never forged and that organization misses out on a great relationship and an impactful donor.

Even though bequests can come from everyone, they provide a special opportunity for those with tighter finances to get around those limitations.

3) Look to Your Frequent Donors

Nonprofits know that past donors are strong candidates to be future donors. The same rule applies to planned gifts.

Someone who is willing to donate a portion of her life’s savings is certainly going to be invested in your nonprofit.

Look to donors who have given multiple times over many years. We often dread the phrase, “history repeats itself.” Embrace it in this case.

These donors don’t have to be major gift qualified. They could have given a series of small gifts over the years. Think of Ron. Remember Ron.

You want signs that point to someone’s dedication to your cause. Has the donor submitted matching gifts to your organization? Has the donor volunteered to secure auction items for your annual gala? Has the donor crowdfunded for your Thanksgiving 5K? All roads lead to donor dedication.

Now that you know what you’re looking for, you’ll be able to better target your research to uncover these details.

Outside of these three tips, you’ll want to start conjuring an image of who your planned gift donor is. Look back at who has contributed gifts in the past and see where the commonalities are. High property values? Single versus married? A certain age?

There are a variety of prospect research tools to help you screen for those traits.

The subject of planned giving might seem like a difficult one to broach, but it doesn’t have to be. Don’t let there be an awareness gap between planned giving and the donors who might be interested in hearing about it.