How To Use Data to Identify Your Best Prospective Donors Based on a back testing of $5 billion in known giving to 400 nonprofit organizations, the five factors that most accurately predict future giving are, in order of predictive strength:

This post will offer some insights into those factors. 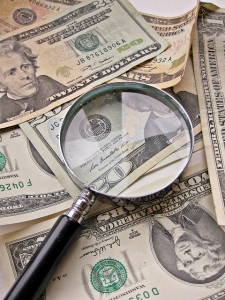 Factor 1: Previous giving to your organization

Previous giving – that is, demonstrated loyalty to your organization – is measured using RFM:

Loyal donors tend to remain loyal donors, unless you neglect them, your organization changes significantly, or their circumstances change. As an aside, according to a study by Lawyers.com, 78% of planned giving donors gave 15 or more gifts to the nonprofits named in their will during their lifetimes. In many cases, these were such small gifts that gift officers hadn’t even noticed the donor: USA Giving noted that 40% of all planned giving donors were unknown to the organization.

Factor 2: Giving to other organizations

Someone who gives substantial gifts to other organizations, especially if those organizations have a similar or complementary mission, is a very likely prospect. In an analysis of the $5 billion in known giving mentioned above, someone who made a $100k gift elsewhere was almost 33 times more likely to donate to a like-minded organization than someone who hadn’t. Take a look at the chart:

Factor 3: Position as a foundation trustee or executive

This one is obvious: people who are heavily involved in non-profit foundations understand the importance of philanthropy. They support their own organizations as well as others.

There is a very strong correlation between political giving and charitable giving. In fact, someone who has given at least $2,500 in his/her lifetime to federal political campaigns is almost 15 times more likely to give a philanthropic donation than someone who hasn’t. Even a $500 donation makes someone five times more likely to donate to a nonprofit. When we looked at the $5 billion in known giving mentioned above, here’s what we found:

The likelihood of philanthropy rises along with the value of someone’s home. Since real estate values are the broadest publically available marker of wealth, this is a piece of information that’s easy to find for any property-owning prospective donor. The short version:

Below that, prospects are less likely to make a charitable gift than the average person.

Data mining and analytics can uncover the best prospective donors who are hiding in plain sight in your prospect/donor list. By understanding the factors that pinpoint those prospects, you can identify your top prospects and use your development resources most efficiently.