#GivingTuesday can come with an overwhelming amount of appeals, which is why it’s so important that your organization does something unique. Here are three nonprofits that stood out from the crowd:

Coburn Place, a safe haven for domestic violence survivors and their families, decided to turn #GivingTuesday into #GratitudeTuesday, and thank their supporters rather than solicit them directly. 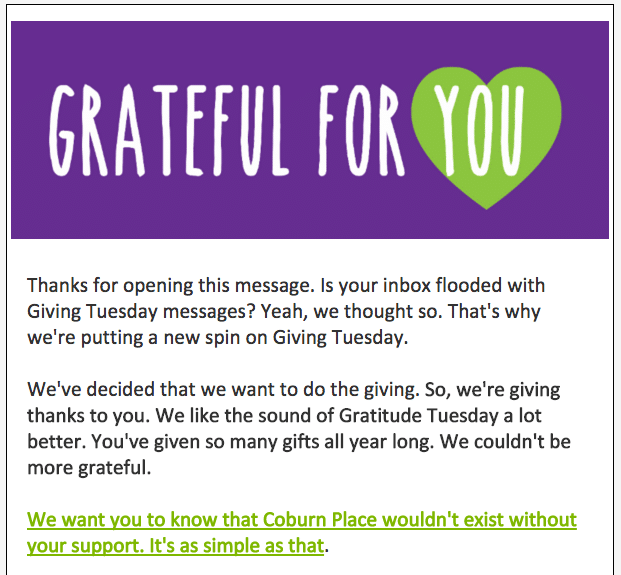 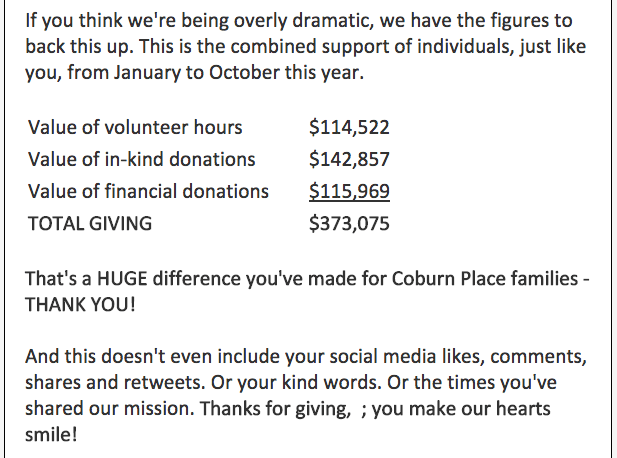 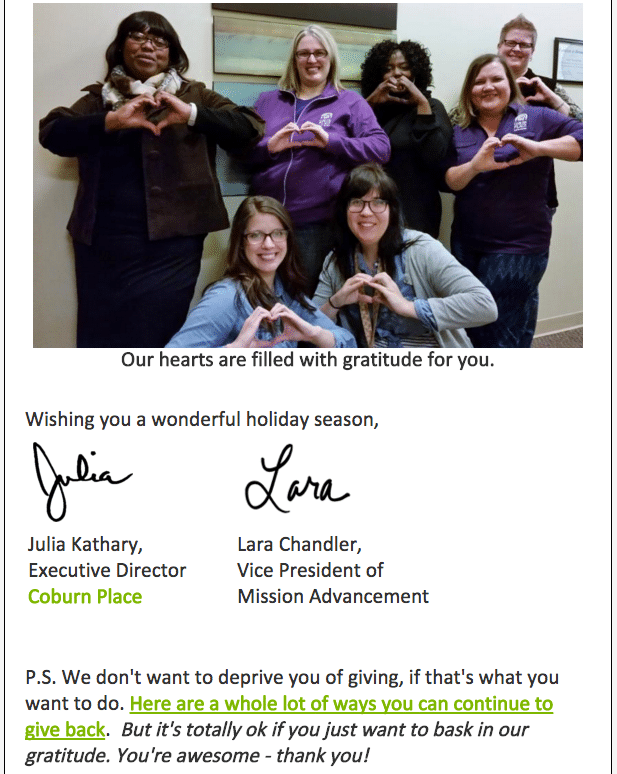 Some may consider it a bold move, but I’m betting any short-term gains they may have missed out on will be offset by long-term donor loyalty. Not only is the campaign extremely donor-centric, but it primes the pump for a more direct ask over the next three weeks.

Perhaps with an understanding that #GivingTuesday may still be a foreign concept to many potential and existing donors, the Nature Conservancy decided to have fun with explaining it in their appeal:

Their tweet links to a blog post entitled “Why You Should Give a Hoot about Giving Tuesday this Year,” which contains a playful explanation of #GivingTuesday, complete with adorable owl gifs. 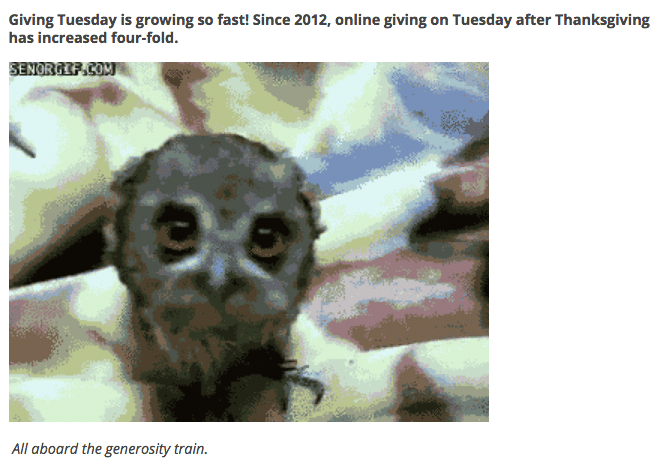 It ends with a simple appeal not only to their own organization (with a corporate 1-1 match), but encourages readers to also donate elsewhere. It’s great to see a nonprofit act altruistically on a global day of giving.

Rounding out our list is the Indiana Youth Group, who used Facebook to make a direct, traditional appeal on #GivingTuesday. Where they differ, however, is in the specificity, urgency and impact of the appeal:

Did you see any creative #GivingTuesday appeals this year? Let us know in the comments below!