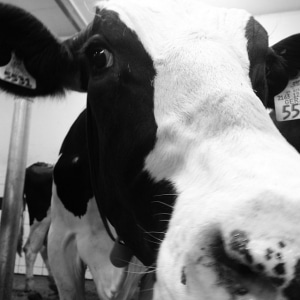 Because literally the last thing a donor thinks about, when making a gift, is money. Money is merely a constraint: “What can I afford?”

Yet, for charities, money is so damn often all that matters. Charities are dairy farmers. Donors are cows: interchangeable, indistinguishable members of a herd of “resource suppliers.”

I’m a donor. I suspect you’re a donor. Should we all just learn to say “Moo”?

Well, no. What we’ve learned to say is “Goodbye.” Jay Love ran the numbers. The average American donor stays with a charity for just a meager, pathetic, disgraceful 1.9 years, as the data from the 2012 Fundraising Effectiveness Project of AFP and The Urban Institute showed.

Not a misprint (I asked Jay to check his math): you can expect new donors to stay with your organization on average less than 2 years. Which means (since it can cost $2 to raise $1 in new charity) you’re probably breaking even at best on acquisition.  I’m not too good with numbers, but I know this will never add up: “Every 100 donors gained in 2012 was offset by 105 donors lost through attrition.” View the troubling infographic.

“Fundraising is not about money!”

… keynoter Alan Clayton proclaimed. He was speaking this October at the 4th annual Slovak Czech Fundraising Conference, in Bratislava, with a Scottish accent soft as kindness.

“Fundraising,” he explained, “is about giving people more time with the people they love.”

The specific reference: why give to cancer research? Why was such a thing worth doing for Alan personally?

Because both his mom and dad developed cancer when he was a young man.

I could live for years on the advice I heard tumble from Alan Clayton’s busy mind. Advice like:

This was Alan’s final slide, explaining how he sees himself as a fundraiser:

img via The American Dairy Association of Indiana