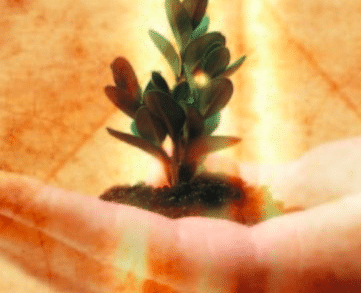 There has been a lot of good news recently concerning nonprofit performance, but none as exciting as the 2014 Fundraising Effectiveness Project (FEP) Survey Report, just released by the Urban Institute and the Association of Fundraising Professionals.

The annual FEP Survey Report is one of the few (if not the only) such research study that consists entirely of actual donor data from thousands of nonprofit fundraising databases. There is no supposition or estimating whatsoever!

Key Findings From The 2014 Report

Median Donor Retention Rose For The First Time in Years! While retention is on the rise, neither metric has ever been above 50% in the nine years that this study has been conducted. And when you compare those rates to customer retention rates in the for-profit sector, you see that our sector still has work to do.

However, this increase is still cause for celebration.

How To Improve Donor Retention

Perhaps this year’s rise in retention is due in part to Dr. Sargeant’s advice going mainstream!

Working just as hard (or harder) to keep existing donors as you do to acquire new donors is the key to fundraising success. Just look at the gain-loss offset trends over the last few years: 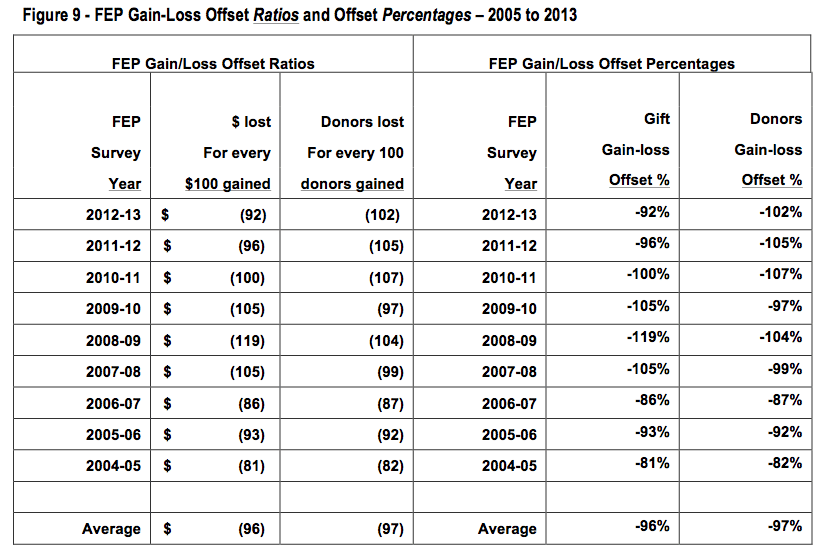 From 2012-2013, every 100 new and recovered donors recruited was offset by 102 donors lost through attrition. This is the very definition of an acquisition treadmill. Given that acquisition costs much more than retention, it’s critical that your organization outperforms this data set.

The cumulative results of an ever increasing retention rate will yield geometric increases in dollars raised Consider focusing on the segment of your database that provides the majority of your funding. This group should receive frequent phone calls, personal handwritten notes and in-person visits.

Even if you dislike statistics or charts, do yourself a favor and read this recent FEP report. The findings are incredibly valuable to your future fundraising success!

For more donor retention and communications insights, be sure to join us for BloomCon!