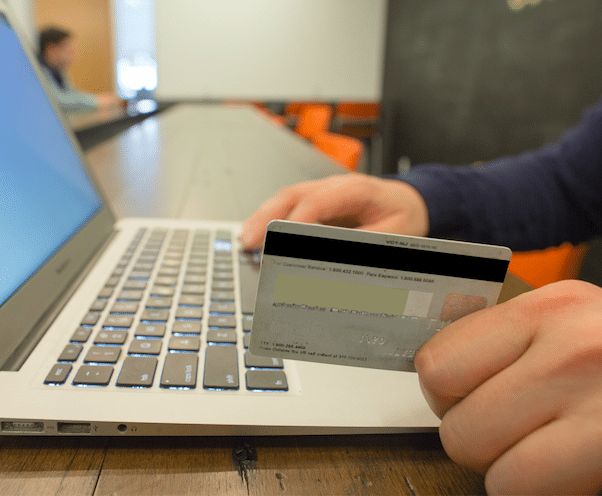 Nonprofit C-level executives are compensated better than their coworkers. There is a definitely a wide wage gap between senior managers and fundraisers, program managers and those in the field. But does that automatically mean senior managers should be expected to donate at a higher level to their organization?

What My Father Taught Me

Ever since I can remember, my dad has used life happenings as teaching moments. There’s always a lesson to be learned. One of those lessons which I heard over and over was: “Never look in someone else’s wallet.” On the outside a person may look wealthy and affluent but we can’t be certain what their actual financial status is.

Or as I tell my kids: No one really knows what happens behind closed doors.

One of the data points that came out of my employee giving survey was: 83.5% of respondents believed that senior management should be expected to donate to an employee giving campaign before the rest of the staff is approached.

Leadership starts at the top. If you want employees to become donors, then C-level staff need to show the way. Makes sense.

The problems begin when discussing how much senior managers should have to give. Their salaries are higher and so they potentially have more discretionary income to dip into. They’re not making minimum wage. They should donate at a level that matches their compensation.

When I hear that, I push back. Hard.

We Have No Clue

All of us, no matter our position at an organization, may face one or more of the above scenarios during our lifetime. We know what a headache-inducing financial burden any of those could be. So if a senior manager is dealing with a financial crisis, they won’t be able to donate at “a level that matches their salary.”

As I was told by an anonymous senior manager: “At a former workplace, we were expected to donate to the organization. When I asked how much, I was told “enough to have skin in the game.” I have no idea how much that is but I guarantee that employee gave way above their means because they didn’t want to be looked at as cheap or possibly jeopardize their employment by not donating enough.

Senior leaders should be donors to the organization before everyone else? Absolutely. The amount they give? Completely up to them. No judgement, no sideways glances when their donation is “only” $100. No one has any idea what they’re going through in their personal lives.

Which leads me to donors and how we treat them.

Fundraising is all about relationship building, aligning values and helping donors solve a problem.

It’s not about the dollars. Though if you speak to high-net-worth individuals, mid-level or major donors, that’s exactly what it’s about. Too often fundraisers view them with a target on their back and a big $ sign on their foreheads. They don’t feel appreciated. They feel like an ATM.

Without getting to know the person, without doing our homework, without building a relationship, we turn donors into cash cows. They have money = they should be donating to us at X level in year 1 and then 25% higher in year 2. Why? Because they can!

As a former fundraiser, I know the mandate from your boss: Bring in more money! But if you pre-determine that donor X should give at level Y, odds are you’re going to be very disappointed. If your organization’s budget and financial future is dependent on projections pulled out of a hat with no basis in reality, you’re not going to survive.

Yes, they have money. But do you know all of their charitable commitments? Have they already given more than they expected to this year? It’s very possible the donation you’ll receive will underwhelm you because you had some preconceived notions about their ability to give.

But once again, until you know the whole story, reserve your judgment.

When Jeff Bezos announces donations as part of his philanthropic giving, Twitteratti automatically start lamenting “how it’s not enough.” $2 billion to fight homelessness? He can give 50 times that at least.

I know about income inequality. The chasm between the haves and the have-nots. The fact that some believe that too much wealth rests in the hands of too few.

But I’m not going to take a large philanthropic give and turn it into a negative. I’d rather say thank you, hold it up as an example of how to fight society’s ills and use it to raise funds from many, many more people. Because when leaders give, others will follow.

Whether they are your CEO or rich individuals, let’s stop looking in their wallets. You know what brings in a higher lifetime value? Building a relationship with the donor. Want to see a larger donation next year? Communicate with donors. Send them impact reports. Let them know how they’re affecting the people who need it most in your community.

Don’t assume they can give more or demand they do so. That will only lead to disappointment.