INDIANAPOLIS, Oct. 7, 2019 — We’re proud to announce that Bloomerang will soon double the size of its current headquarters through the purchase of an adjacent 13,299 square-foot building on historic Fort Benjamin Harrison.

Our expanded headquarters will anchor the surrounding Fort Ben Tech Campus, now home to more than 27 technology firms within a half-mile radius. The rapid growth of the tech ecosystem at Fort Harrison was recognized at the 2019 TechPoint MIRA awards as a “Rising Tech City” finalist, honoring two decades of strategic planning and investment into the redevelopment of the former Fort Benjamin Harrison military base into a walkable, mixed-use campus.

Bloomerang has experienced phenomenal growth since its founding in 2012. In 2015, the firm made its first investment in the community by building a 20,000-square-foot corporate headquarters in the heart of Fort Harrison. 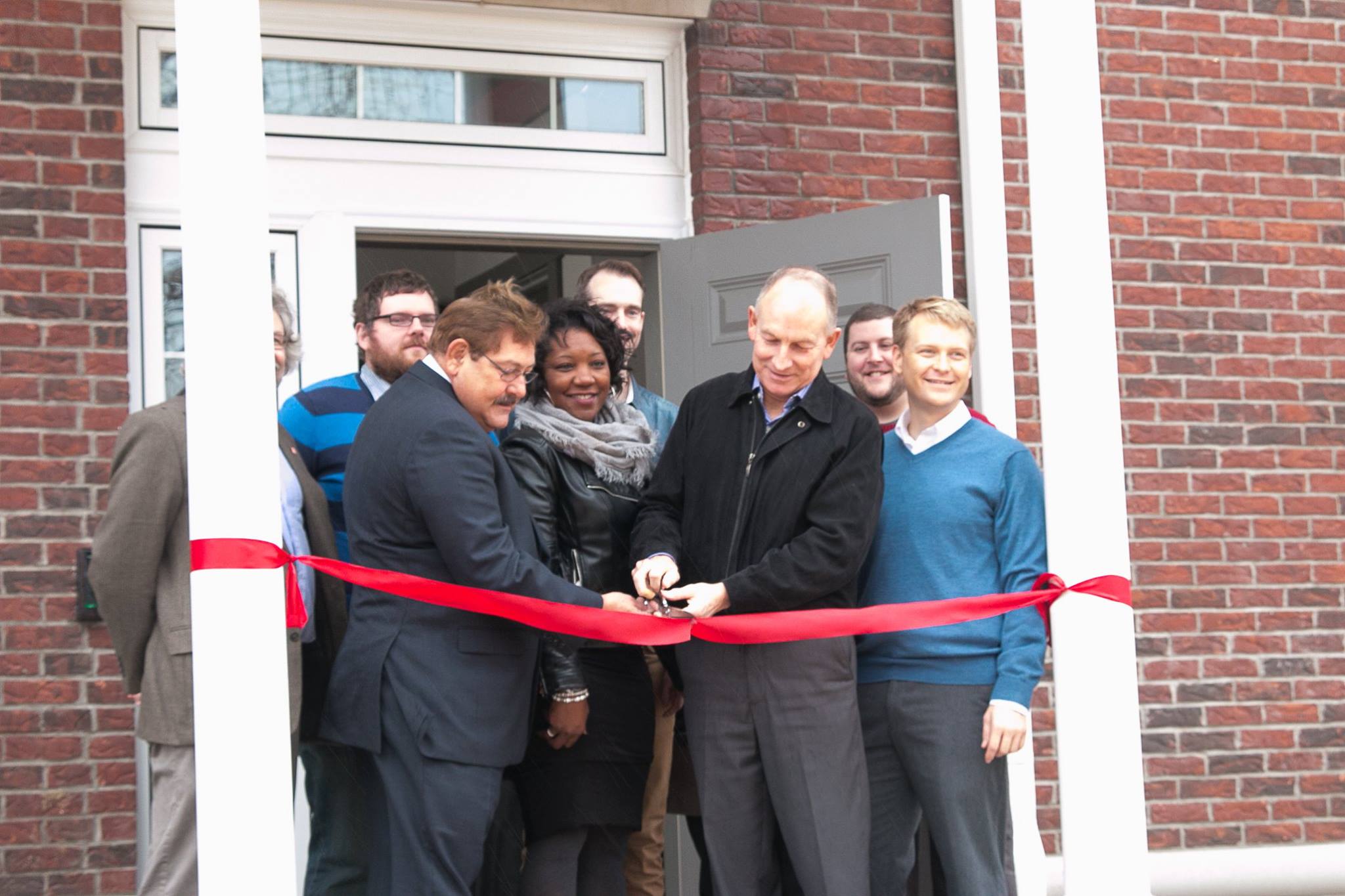 When we moved to our current building with 40 employees, we planned on waiting six or seven years before expanding. Now at over 100, we see this as a great opportunity to preserve a historic structure and keep supporting the vibrant hyper-local economy developing here.

The building is being sold by the Fort Harrison Reuse Authority (FHRA), the organization tasked with the redevelopment of the former military base upon its closure in 1996.

I did a little digging into what the Army used the building for, and I found a map of the “Fort Benjamin Harrison Historical District” which was made for the US Department of the Interior when it was registered as a historic place in 1993. Built in 1908 as an office and barracks for the Quartermaster Corps, this is a two-story rectangular (33’x47’6″) low-hipped roof structure whose main ride runs east-west.

This archival photo was taken about almost 32 years ago to the date. Back in 2012, Bloomerang started in the basement of one of the original buildings of the Fort (#13), and now we have an opportunity to be in one again.

As we work with our interior design firm, we have a few goals for the space:

“The historic Quartermaster building is one of the final structures inherited by the FHRA from the military,” said Aletha Dunston, executive director of the FHRA, “and we are delighted to partner on a project that will not only breathe new life into the building, but continue to strengthen the overall tech ecosystem here at Fort Ben.”

Area development has been intentional to attract and retain talent with the creative reuse of existing structures ⁠— like former Army barracks and mule barns ⁠— into innovative living, dining and workspaces. Creating these sites for new construction, modern connectivity and infrastructure helps to retain a natural, park-like setting with abundant street parking and historic charm.

In addition to two planned Purple Line stops at the campus, other positive, upcoming Fort Harrison developments include 250 new market rate apartments by Cityscape Residential, an additional 69 single-family homes by David Weekley Homes at the Residences of Lawrence Village, a 98-room boutique hotel proposed by Hillcrest Development, a new Indianapolis Marion County Public Library branch and a $5.85-million Lilly Endowment investment to create a cultural campus at the heart of the Fort.

Suffice it to say, we’re hiring! You can see current job openings here >>