[VIDEO] Dr. Adrian Sargeant on the State of Donor Retention

[VIDEO] Dr. Adrian Sargeant on the State of Donor Retention

We recently had the chance to catch up with Dr. Adrian Sargeant – the Robert F. Hartsook Professor of Fundraising at the Lilly Family School of Philanthropy at Indiana University – at the Association of Fundraising Professionals Massachusetts Chapter conference. In between his keynote address and session tracks, Dr. Sargeant sat down with us to discuss the state of donor retention. Needless to say, it isn’t pretty.

The donor retention landscape is actually lousy at the moment and is going
by all accounts, from bad to worse. The latest round of FEP data that came
out made for very depressing reading. We’re continuing to lose donors
at a pretty alarming rate. Over 70% of people that we recruit into
organizations never come back and make another gift, so we’re caught on
this treadmill where we have to spend lots of money on acquisition which
most nonprofits lose money on anyway, just to stand still. 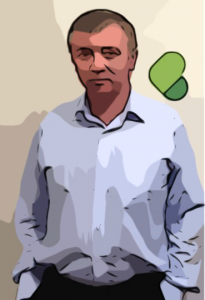 I think one of the issues is that nonprofits aren’t aware of best
practices, in terms of how they can manage that attrition. Actually, we
understand quite a lot these days about what it is that drives donor
loyalty and why people might continue giving to an organization. What’s
attractive for me about the Bloomerang project is that it’s a merging of
database technology with educational technology. People are, in effect,
prompted to take the right decisions based on best practice, even if
they’re completely new to fundraising. As far as I can see, that’s a first;
that merging of education and database.

Even making small changes to the communications they have now can make a
big difference to any amounts that people give and also the likelihood of
them coming back. Simple things like making sure that you talk about the
donor’s achievement and give them the credit for the work that the
organization’s doing rather than just trumpeting how great you are and
hoping that people are going to give you money because you’re great. It’s
actually thinking about communications from the donor’s perspective,
thinking about the things that they want to know, the things that are going
to engage them, and then properly talking to them about the difference that
they’re making with their support of the organization. Donor-centricity’s a
huge underlying dimension.

I think the nice thing about Bloomerang is that that was the intention from
the get-go. I think a lot of the other products that are on the market are
playing catch-up because that’s not what they were designed to do. They
were really about managing the practicalities of a database, whereas with
Bloomerang, it was designed specifically to help nonprofits manage the big
issue of the day, which is donor retention. It’s that emphasis, that
thrust, that’s different.