Think Volunteers Are More Trouble Than They're Worth? Think Again 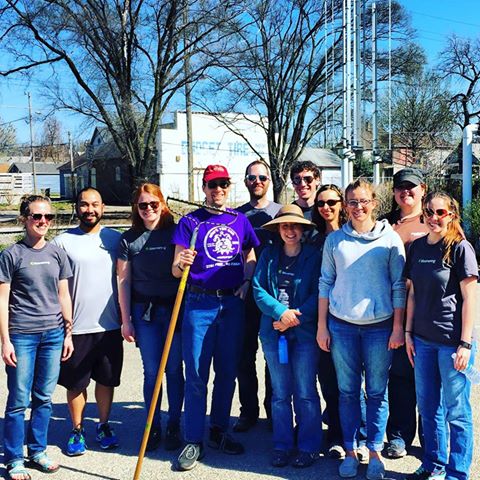 From my first nonprofit job in the 1980s to the present day, I marvel at the commitment of volunteers to so many social good causes across the United States.

Even in my somewhat unpopular field of fundraising – how many times have I heard, “I could never do that!” – the Coalition of National and Community Service calculates that fundraising and selling items to raise money is the second-highest of all volunteer activities, only falling slightly behind collecting, preparing, distributing and serving food.

My personal experiences with volunteers involve harnessing their talents and connections to raise money for major gift campaigns.

U.S. Trust shared an infographic that illustrates my experiences perfectly. Did you know that among wealthy donors, 75% of them volunteer? It also showed that:

High net worth donors who volunteered also gave a higher average gift than those who did not volunteer!

Yet, I often hear from nonprofits that managing volunteers takes too much time. After all, you must train volunteers, trust them to handle their assignments well, document their activities and keep them engaged for the long-term in order to reap results. My hope is this article will change everyone’s minds.

A few years ago, I was asked to tackle a major gift campaign that had fallen into disrepair. While it focused on a beautiful project – the creation of a world-class architectural facility – the organization’s staff had attempted to raise millions on its own without qualified development assistance. Two consultants had resigned. The board and staff were psychologically exhausted. Several million dollars remained to be raised in order to begin construction.

At that time, the national economy was also (temporarily) shaky, and donors were shy of investing in area nonprofits. A six-figure grant proposal that was anticipated was declined; a seven-figure initial investment had to be returned because no progress had been made. Needless to say, I had my work cut out for me.

To make a long story short, I got into the trenches, rolled-up my sleeves and pulled the project out of the muck. What I discovered was some of the organization’s most stalwart volunteers in other departments (not just fundraising) started giving and helping me open doors to other potential donors. Once we hit the halfway mark in our fundraising, donations picked-up and several well-regarded statewide foundations began to commit. Together, we attained our goal and construction began.

Looking back, I will always remember those dedicated volunteers who with such courage pulled the project back from the brink. Yes, I staffed them closely, which certainly helped. But without their commitment we would never have raised the millions required to build a world-class architectural facility for the benefit of the entire community.

So, when you think of volunteers as being “too much work,” think again. They could have a substantial impact on your organization’s bottom line, and on your capacity to affect more lives in more positive ways!

As part of Bloomerang’s Content Donation Program, $100 was donated to the IREC: Interstate Renewable Energy Council.