There’s no shortage of metrics and KPIs (key performance indicators) for nonprofiteers to keep track of. Dollars raised and donors retained are enough to keep any fundraiser busy.

There are a few sacred cows that should have less and less prominence on your monthly reports going forward. Here are my top three worst KPIs for nonprofit marketers: 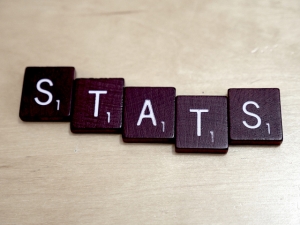 Nonprofits who are leveraged heavily into traditional PR and earned media will use media impressions as their primary KPI. Whether it’s paid (tv spot, billboard, etc.) or earned (magazine feature, radio interview), these impressions are tallied at the end of the month and compiled into a report that shows how much public exposure the brand received.

But what is a media impression? It’s nothing more than a guess, based on another guess.

Traditional media salespeople will use media impressions to justify an ad spend. Conversely, publicists will spend hours trying to generate earned media mentions, with little to show for them other than ethereal impression estimates.

Media impressions are at best assumed, and at worst imaginary. They’re vapor, and hardly a concrete metric upon which to make informed marketing/communication decisions or an accurate measure of brand awareness or penetration. Modern ad networks like YouTube can accurately track viewership, but TV, radio and print will never reach that level of sophistication.

A practice that exacerbates this issue is the use of a general phone # or homepage URL as the call-to-action. Since those contact methods are used on other marketing materials (brochures, letters, mailings, web ads, etc.) you can’t tell how much traffic or calls the media placement is driving versus your other marketing efforts. Thus, you can’t truly place a value on the media placement.

Media impressions can also be digital, in the form of online banner ads. Unfortunately, data suggests that these are rarely effective. Digiday has collected some alarming statistics:

Luckily, digital ads are easier to track than offline ads, since they’re typically tied to another digital asset (a website or landing page). Still, it’s important not to be bowled over by impressive impression estimates that a salesperson might put in front of you.

Instead, focus on: Traffic to and conversions on a unique landing page

When planning a traditional media campaign, be sure to have a strong call-to-action that goes to a unique URL or phone number. When a URL is promoted through only one channel (a media placement) you can be sure that is the campaign that is driving traffic. Then, look at how many visitors actually convert. Do they donate? Do they purchase a ticket to an event? Do they sign up to volunteer? Do they join your mailing list?

Only conversions like these can be used to measure the true value of a media placement. It’s time to get concrete!

There’s no question that P2P fundraising sites like Fundly have been a game changer for nonprofits in the same way that KickStarter and Indiegogo have been for startups and other for-profit initiatives. While crowdfunding is nothing new, these technologies have broken down many barriers to entry and allowed small nonprofits to raise a lot of money, fast.

With regards to campaigns where an individual raises funds for a charity, it’s important to understand that donors are supporting that individual first, and the cause or organization second. That’s why these campaigns are so effective: the individual fundraiser can tap into their own personal social networks for donations – networks that would ordinarily be difficult for the organization to reach.

Because of this, retention rates for these donors are typically abysmal. It makes sense, doesn’t it? When the (finite) campaign ends, there’s no longer a tie between the donor and the organization or a trigger for them to give again. After all, they were supporting Sally and her 5k run, not the organization who ultimately got the cash.

Rather than touting all of the new donors you’ve generated from a P2P campaign, make your goal to get a second or repeat gift from those people. That is the true success metric of a crowdfunding campaign: how many new, loyal donors you can generate, rather than just one and done’s.

Be sure to segment your communications and tailor your follow-up content/activities to this group. Don’t just stick them into your generic stewardship processes. Make an effort to single them out, re-introduce your organization to them and thank them for their support. Remember: just because they supported their friend of family member doesn’t mean they’re truly familiar with what your organization does or the impact that it has!

Do you find yourself frequently checking how many Facebook fans your organization has? Stop! It’s a vanity metric. No need to pat yourself on the back too much for increasing your following, especially since it rarely translates to actual post visibility.

Some studies show that the engagement of your posts relative to the amount of fans you have is the biggest factor in post visibility. In other words, the more people like, comment and share your post, the more people who have liked your page will see it.

Your goal should be to increase content engagement, rather than build up a following. How do you do that? Create entertaining and informative content that touches on people’s emotions, their wants and desires. Easier said than done, but it’s an endeavor that will pay greater dividends than begging for fans.

Even positive engagement is nothing more than a vanity metric. The true KPI here is how many people take action as a result of something you posted on the network. Similar to placing value on media placements, focus on conversions from traffic originating from Facebook.

What about you? What are your top KPIs? Let me know in the comments below!