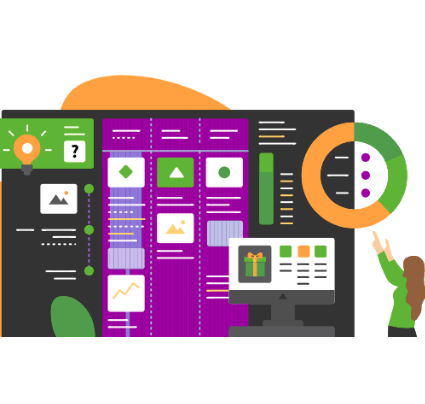 One of the questions we hear the most in our fundraising workshops for nonprofit staff, board members, volunteers and friends is, “Who should we approach for support?”

This makes good sense. Identifying donor prospects, or donor discovery, is the first and essential building block of a winning fundraising strategy.

I like to use what I call the “CIA prospect identification system”: C= capacity, I=Inclination and A=access. Let’s take a closer look at each of these components.

Capacity: This is the factor that comes to mind first for most people. It centers on the financial ability to make a gift, driven by income and wealth. Over and over, I see nonprofit ears perk up when hearing that so-and-so has a lot of money. Of course, there can be several significant nuances to this information, such as liquidity, financial commitments, and pressures. Frankly, too much emphasis can be placed on wealth indicating a hot prospect. Just because someone is wealthy doesn’t mean they’re going to give to you.

Inclination: This begins the process of digging deeper. If the donor prospect is wealthy, do you know if they are philanthropic and have demonstrated that they do donate to charitable causes? And, if they are philanthropic, why do we believe they care about our cause? The philanthropic landscape is fiercely competitive, with more than 1.5 million nonprofits in the U.S. Donors are faced with the daunting task of choosing not between the good and the bad but choosing between the good and the good. There should be some rationale to conclude that they have a genuine connection to the cause or could be cultivated to develop such an interest.

Access: Even if you can establish capacity and inclination, the final — and biggest challenge — is figuring out how we are going to be able to get to the donor prospect. The bigger the donor, the tougher the challenge usually is. This is where board members, volunteers and friends of the organization can and should play a huge role. By serving as connectors and breaking the ice, board members and volunteers can contribute mightily to resource development success without ever actually asking for a gift. The Six Degrees of Separation reminds us that everyone on the planet is separated by no more than six personal relationships. In some communities like San Antonio, this is more like two degrees of separation. Board members and volunteers can and should facilitate access and open doors.

Rule of Thumb: There should be four prospects for every gift you want to obtain.

Tapping systems like CIA for identifying donor prospects can be the catalyst to putting organizations on the path to scoring major gifts and stronger gift income results.