Today, hospitals are embracing process as the key to improving quality, safety and costs, and they are beginning to adopt the quality improvement principles used in manufacturing, such as those employed in Toyota’s “Lean” and GE’s Six Sigma programs. A Lean organization strives to cut waste and increase value for customers by creating an efficient flow of products and services. Six Sigma is a disciplined, data-driven approach to eliminate defects in any process. When you combine the methodologies, Lean Six Sigma emphasizes speed, reduces waste and makes the best use of resources through a powerful data-driven system.

Virginia Mason Medical Center in Seattle, which in 2011 was once again named a “Top Hospital” by the health care improvement coalition The Leapfrog Group, is known for applying Lean methods in health care. The Virginia Mason Foundation was raising $7 million annually in 2002 when its health system adopted Lean as a key transformation strategy. In its presentation at the Association for Healthcare Philanthropy meeting in 2011, the Foundation reported raising $15 to $20 million per year with a staff of 24 and an annual budget of $3 million, as well as dramatically reducing “time in process” for major gift solicitations, citing an average of less than one year and a 90 percent completion rate from prospect identification to solicitation.

We’ve seen similar results, first with the development of the “Core Process” — an early implementation of Lean principles almost 10 years ago — at the Florida Hospital Foundation, which completed a $100 million campaign over goal and a year early. 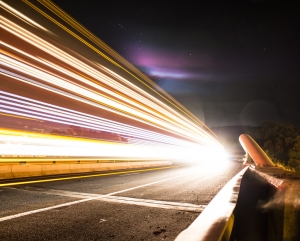 The secret: Measures and Metrics. Sometimes called moving from anecdote to antidote, the use of metrics changes everything. And, that, of course, is the problem as well as the solution. People don’t like change. And most aren’t too wild about numbers, either. Subjects like data analyses and analytical modeling stand up the hair on the back of their necks. Perhaps this is due to less-than-thrilling experiences in high school or college with formulaic aspects of mathematics. In fundraising, the objection sometimes is that all this somehow offends the essence of philanthropy, which is about authentic relationships and motivations for good.

Discussion of cycle time — the measurement of which is a core Lean principle — can result in the counter that fundraising is different than other processes.  The stated objection is that relationship building is, as it is so often put, “a marathon, not a sprint.” Yet the time allotted for relationship building in major gifts fundraising often involves longer time spans than those typical in the development of personal or business relationships into something more than periodic communications and occasional visits.

The reality is that speed matters. Not “hurry-up-and-ask”  speed, but the kind of speed that comes from clarity of purpose, well-defined processes, active listening, intensity of effort and continued focus on those prospects inclined to give.

Of course, process, measures and metrics aren’t the whole story. And cycle times, in truth, measure a lot more than how long a prospect has been in the system.

This post is an excerpt from Steve’s forthcoming book – Hope is Not a Strategy: Performance Improvement in Fundraising.