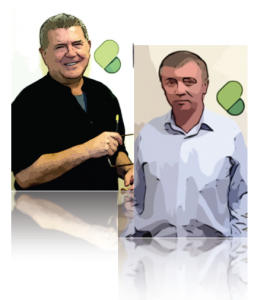 Tom Ahern, considered to be one of the world’s top authorities on donor communications, has joined as Donor Communications Head Coach. Ahern will play a key role in further developing fundraising and communications best-practices already built in to the Bloomerang software. Author of four books, Ahern specializes in applying the discoveries of psychology and neuroscience to the day-to-day business of inspiring and retaining donors. As a “message strategist,” he’s won three prestigious international IABC Gold Quill awards, all for communications campaigns which achieved phenomenal success.

“If you ask any fundraiser or consultant who is best to turn to for donor communication advice in the world, Tom’s name surfaces time and time again.  We are delighted he will guide the entire communication area of Bloomerang,” stated Jay Love, CEO and Co-Founder of Bloomerang.

Dr. Adrian Sargeant, a world-class plenary speaker and international fundraising consultant, has joined as Chief Scientist. A foremost authority in the domain of nonprofit marketing and fundraising, Sargeant’s knowledge will fuel the donor retention best practices and reporting features of the Bloomerang software. His work on donor retention and loyalty has been funded by the Economics and Social Research Council, the Aspen Foundation, Indiana University, the Association of Fundraising Professionals and the Institute of Fundraising.

“Adrian’s mark of excellence and knowledge regarding best practices in donor retention are literally the backbone of Bloomerang and has ignited the greatest outpouring of interest I have seen in 30 years in this sector!” said Love.

These additions add to the excitement of the signing of Bloomerang’s sixtieth referral partner since its launch in October of 2012.