Major Gift Fundraisers: You Are In Sales (And That's Okay) 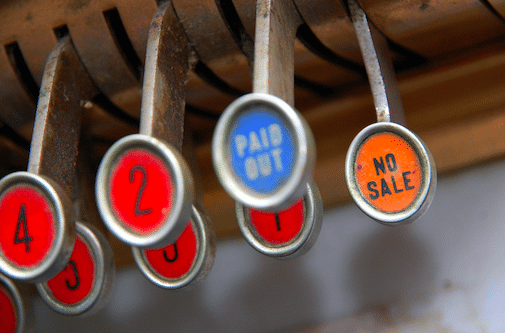 Being a purveyor of fundraising software for over three decades has allowed me to personally witness the evolution of how major gift fundraisers track their efforts, from 3×5 cards, to spreadsheets, to electronic and online donor databases, and finally to full-fledged CRMs.

One key report used to track every aspect of the major gift process is often referred to as the “prospect stage funnel.” This particular report is exactly the same type of funnel every top sales person has used for a century or more!

As I look at the reports our Bloomerang sales team generates, I cannot help but think of a quote from my good friend Tom Suddes when referring to major gift fundraising:

Most fundraisers tend to shy away from that comparison, as if there weren’t any similarities or as if professional sales had a negative connotation to it.

But now in 2015, more so than in 1985, it’s not uncommon to see and hear the steps in major gift fundraising being likened to sales techniques. What’s more, relationship tracking and reporting tools previously available to only sales professionals (CRM, marketing automation, data analytics, etc.) are now widely available to fundraisers.

For major gift fundraisers, there is an opportunity to borrow from concepts used by the best in professional sales. The opposite is true, of course. Sales professionals would do well to learn from the prospect research and relationship-building skills of the best major gift officers.

Both Fundraising and Sales Are Noble Pursuits

A friend of mine is responsible for the sales of large sophisticated equipment to treat certain forms of cancer. This person is quite passionate about the number of lives his chosen profession has impacted. This level of passion is evident by most top sales professionals.

All of us in the nonprofit sector know this same type of passion literally exudes from all successful fundraisers. They know they are touching all that are part of their chosen charity’s mission.

In my opinion, both career paths are to be revered and hopefully pursued by many of the brightest individuals entering the workforce each year! Perhaps a few of them finishing their education will notice this tribute and consider for themselves.