Do Premiums Work Against Fundraising? We’ve all been there. You’ve made a gift to the local public television/radio station or international charity, then received a thank you gift, or “premium” as the direct mail experts refer to it, in your mailbox – a coffee mug or tote bag or water bottle with the charity logo that arrives with a standard ‘thank you’ note.

I always wondered why the organization sending me a gift did not funnel those resources to a staff person to personally call me. That caller could not only thank me, but could also inquire as to my interest in certain projects, or better yet, inform me of what project I am already supporting!

I know from my standpoint as a donor to a large number of charities over the last 30 years, the call would always lead me to write a second check of a larger amount sooner rather than later. 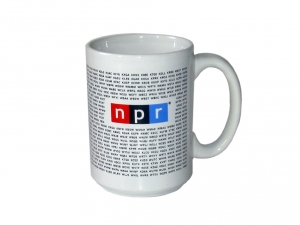 Once I have been sent a premium, I look to see if there was another premium I desire before making another gift. The sad part is that if there wasn’t anything I wanted, I often did not make another gift!

Granted, the above scenario occurred earlier in life, before I became more aware of missions, impact and outcomes. I was also making smaller gifts then.

The above heading is the title of an article from the Yale School of Management I found when researching this blog post.

The authors attribute the decrease in donations to the crowding out effect. Offering a gift to he or she has made a donation may create ambiguity about, or “crowd out,” the person’s motivations for giving. For example, the donor may feel that they he or she is donating in order to receive the gift instead of to support the charity. “The presence of an external motivation like a gift may undermine people’s altruistic motivations to donate,” says Newman.

All Is Not Lost

Thankfully, the article spelled out a way to offset the “crowding out” effect.  Most of us would probably conclude it is not worth the risk.  The complete findings are published in a paper entitled “The counterintuitive effects of thank-you gifts on charitable giving,” in the October 2012 issue of the Journal of Economic Psychology.

Please consider the above information, research and opinion as food for thought as you plan out your 2014 fundraising game plan.  Perhaps with such planning your 2014 will be filled rising donor retention and extra dollars for your organization’s mission!