New Facility Will Allow Tech Company To Accommodate Dramatic Growth; Greater Lawrence Chamber of Commerce Calls It An Economic Win For The Community.

Bloomerang, LLC, a software firm that serves nonprofit organizations, has broken ground on a new facility at Lawrence Village at the Fort, a mixed-use complex near East 56th Street and North Post Road.

Commercial Team Construction has brought their team of architects, engineers, subcontractors and employees together to build this new, 20,000 square foot facility located at 5724 Birtz Road. 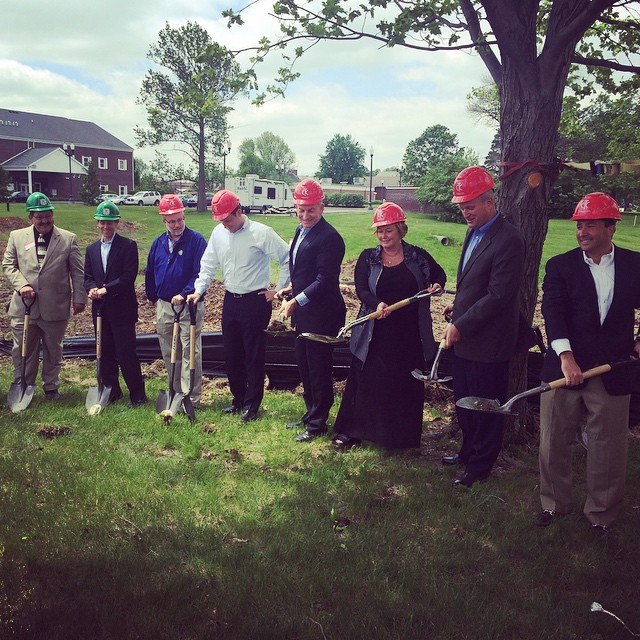 The new building will house up to 130 Bloomerang employees and serve as the company’s global headquarters. The campus setting is designed for future expansion of up to 60,000 square feet, which can house 300+ employees.

The second story will be leased by a new nonprofit incubator and co-working space designed for startup charities that require low-cost office space and accommodations.

The anticipated completion date is November 2015.

“This project has been an outstanding example of a partnership between the federal government, local government, private business and the nonprofit sector. Bloomerang’s campus will serve as a new tech hub, as well as a nonprofit incubator, for decades to come in central Indiana” said Jay Love, Co-Founder and CEO of Bloomerang.

In 2013, Bloomerang announced expansion plans that would add up to 70 jobs by 2023. The Indiana Economic Development Corp. plans to give Bloomerang up to $700,000 in conditional tax credits and as much as $30,000 in training grants if the company hits employment projections. These tax credits are performance-based, meaning until Hoosiers are hired, the company is not eligible to claim incentives.

The company has experienced higher than anticipated year-over-year growth and is actively expanding its development, customer support, sales, marketing and operations teams. Interested applicants can visit our careers page.

Stuart Shade is the project architect, and Commercial Team Construction is the construction manager, led by Joel Fritz.

Indianapolis-based Bloomerang, led by former eTapestry founder Jay Love, is a cloud-based donor management software tool designed to help small and mid-sized nonprofits reach, engage and retain the advocates they depend on to achieve their vision for a better world.

About The Greater Lawrence Chamber of Commerce

The Greater Lawrence Chamber of Commerce is a not-for-profit organization, established in 1984, providing services in support of our membership, the Lawrence area and surrounding communities. Our focus is to strengthen our community by creating resources that support the growth of commerce. Visit the Chamber’s website, for membership information, local employment opportunities, community calendar of events, relocation information and coupons.