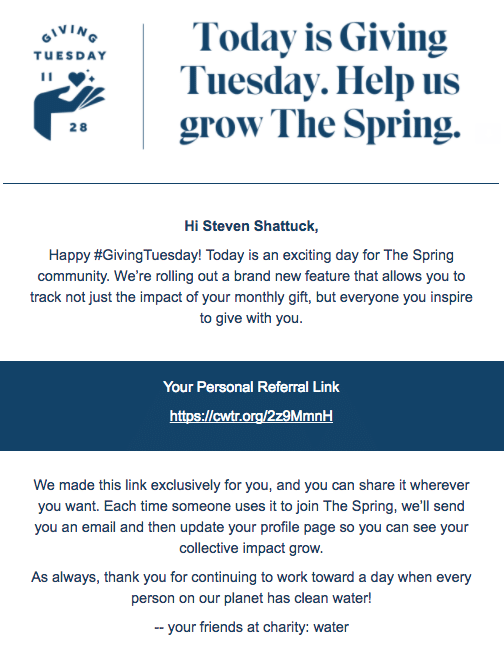 83 were solicitations, and you can read a full analysis of them here.

Three additional emails stood out to me from those 83. Perhaps these orgs recognized that most of the other nonprofits in the sector would be seeking donations. So, they instead took a different approach. 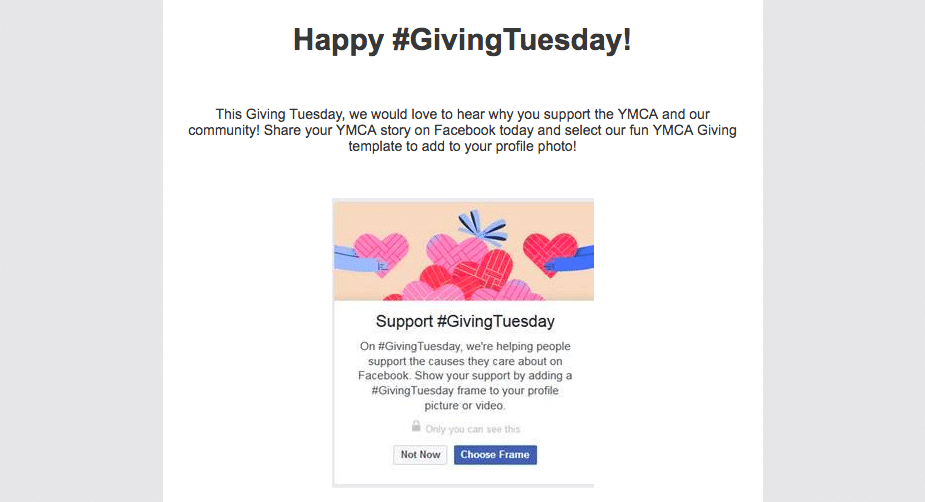 Crowdsourcing content from your community is a great way to build a content library with minimal effort. Not only is this YMCA asking their community to spread the word about them on Facebook (way better than sending out multiple posts from the brand account) but they’re also learning more about their supporters through the stories they share, which can be used in future communications, especially appeals.

Out of 86 emails, this was the only volunteer request I received. I am guessing it stood out amongst all of the other email recipients who were being inundated with monetary asks. I love how they equate volunteering with “giving the gift of joy to a child” – instantly making a connection between the volunteer and the org’s service recipients.

Similar to the YMCA of Greater Omaha, Humanitri also asks for email recipients to share why they support the org on social media.

The ask goes beyond just Facebook, and the email recipient is given ideas to craft their post.

What I love most about this email is the opening sentence. They greet you as a current donor, demonstrating that this email was segmented in some way. Perhaps Humanitri recognizes that a Giving Tuesday gift could cannibalize a forthcoming year-end gift of greater significance?

Sorry for yet another charity: water example, but they are the masters of standing out.

Their Giving Tuesday email encourages you to share a link to a personal fundraising page, so that you can go out and raise money for them, rather than (or in addition to) donating yourself.

Yes, this obviously requires a substantial investment in the technology – but, conceptually, asking your supporters to raise money for you on a day saturated with messaging from brands seems like a good idea.