Were you expecting fan fiction for The Hobbit? As interesting (and timely) as that might be, I’m afraid this unexpected journey is a lot less fantastical. No, this is my still-somewhat-interesting journey from being a healthcare-focused attorney to becoming the first intern at Bloomerang. 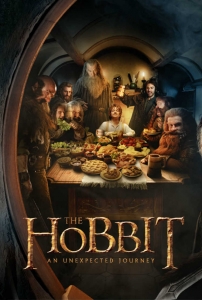 Like most journeys, mine began with a catalyst. My catalyst was the realization that the work I was doing was eating away at my soul…Ok, it wasn’t really that bad, but I think I set the entertainment bar too high by mentioning one of the most popular stories ever written. More accurately, I wasn’t able to stay interested in the work I was doing, and I realized that I couldn’t envision spending the rest of my work-life doing it. Much like the Shire, firm life was rather mundane and uninspiring; I needed a change.

Enter Jay “the Gandalf of Nonprofits” Love. It was either that or “Gandalf the Jay…Love.” I’m partial to the latter, but I’ll just go with “Jay” for simplicity’s sake.

I reached out to Jay for advice on careers. Jay has traveled extensively around Middle-West Earth (and beyond!), and I hoped he might help facilitate some introductions. Jay graciously made time to have lunch with me, and we talked about a variety of possible opportunities–he even mentioned the possibility of working for a ring maker at some German-sounding shop called Mordor–that could be available to a former attorney. Jay is a very outcome-focused person, and he suggested a number of actions that I should take. He also mentioned near the end of our conversation that I should get back in touch with him in a couple years, because there might be an opportunity with his new company, which would be up and running by that time. I told him I would, and then I thanked him and went about working on his suggestions.

It turns out that last little bit of our conversation was what ended up getting the most traction. After pursuing some of his other suggestions, I got back in touch with Jay and told him that I’d be willing to help out in whatever way I could if there was a spot for me in his new company. It turns out there was a spot for me, and now I’m embarking on a magical, dangerous, but really only unexpected, journey with Bloomerang.