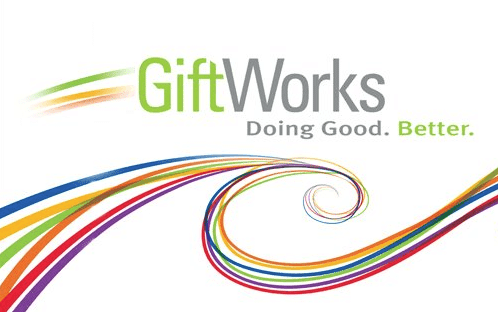 There has been a lot of news and discussion surrounding GiftWorks as of late. Over the last several years, this home-grown company has taken on outside investment rather than to continue down the path on its own.

In March 2008, a press release appeared on the GiftWorks product website. It touted their continued commitment to social responsibility. A portion of that message states:

Patient capital is just that–investment that is patient about the outcome of the investment. It’s capital that invests in companies, not just opportunities; in people, not just deals. The triple bottom line stands for the elements of sustainability: people, planet, and profit. Each is important to the company, and to the investors, making us mission-aligned. It means they aren’t looking to flip the company with a quick payout, and that the company may in fact never sell to another company. That doesn’t mean investors won’t get a great return, it just means that the primary driver is not immediate return on capital. And even if the company does sell someday, it will sell with its values, customers, and software intact.

So for customers this is great news: we get to invest more in support, in broadening our product lines, and in customer education. We’ll be able to handle our growth more smoothly. We’ll be a stronger company, and invest more in R&D. In fact, that’s where I’m spending the bulk of my time now, while Mary Pat Donnellon runs the Nonprofit Division.

So when you’re making decisions about what company you want to buy software from, keep in mind that we’re not just verbally committed to social responsibility, great products, and great people, we’re actually structurally committed. And we hope that shows in the care we put into the product features, design, customer support, education, and all of our interactions with you. We applauded these words while wondering if it could be pulled off over the long-term. Perhaps it was too much to hope for.

A recent article in The NonProfit Times paints a much different picture of what’s currently happening at GiftWorks. Since being acquired by FrontStream Payments, a major portion of the above 2008 press release seems to have been forgotten or lost completely.

This surprised many, particularly due to the seemingly harsh and financially punitive treatment of their existing customers. Those customers placed their trust in the company and its leadership, with an understanding that the product they invested in would continue to be supported – if not enhanced – in its present form.

From the NonProfit Times Article:

Nonprofits using older versions of GiftWorks donor management software have until March to decide whether to upgrade and shift to a subscription-based fee, a move that’s raised the hackles of some organizations…

…Customers have been “somewhat verbal” in their feedback. FrontStream has hosted two webinars with as many as 1,600 combined registrants to explain the changes and direction in which the firm is going. Customers made clear that they could not make a buying decision in 30 days so the change was made to six months…

The article spells out the options available to current customers:

Nonprofits that upgrade from the $549 GiftWorks Standard have several options. If users upgrade by Dec. 31, they pay a one-time setup fee of $349 and begin paying a monthly fee starting at $39.99 for GiftWorks Standard or Premium, with an unlimited number of donor records. The monthly fee increases to $59.99 with four user licenses, $79.99 for seven users, and 10 or more would be $99.99. After one year, users then would be transitioned to the standard pricing model, which starts at $90 per month and up to 1,000 records.

If users upgrade by March 31, 2014, they would pay not setup fee and begin paying the Gift Works Standard or Premium monthly fee of $90 with an unlimited number of records. After a year, they also would be transitioned to the standard pricing model.

Without question, this may be causing a fair amount of uncertainty and anxiety among the user base of the GiftWorks product. Outrage is already starting to surface online:

Our team at Bloomerang has decided to help by creating a special opportunity for current GiftWorks customers who wish to easily transition to a new product. Not only do we offer a cloud-based, user-friendly solution, we do so while keeping fundraising best practices and donor retention in mind.

We will make the transfer of data as simple and easy as possible via our in-house experts, who performed such conversions for many former GiftWorks customers in the past. Those who switch can take advantage of a brand new product that is not bound to obsolete versions or antiquated infrastructure. Bloomerang has collected rave review after rave review for its simplicity and ability to facilitate an increase in fundraising revenue by addressing the nearly-universal problem of falling donor retention.

We are extending this special offer to GiftWorks customers, allowing the full, original purchase price of the GiftWorks software to be applied toward any level of new Bloomerang usage.

Our goal is provide a smooth and economically feasible transition to a product that can serve the needs of nonprofit organizations for decades to come, without interruption or alteration. Since we are privately held – with no venture capital funding – we can serve the sector we love with no need for positioning ourselves for a future sale event at the expense of existing customers.