7 Steps to Getting Started with Telephone Fundraising 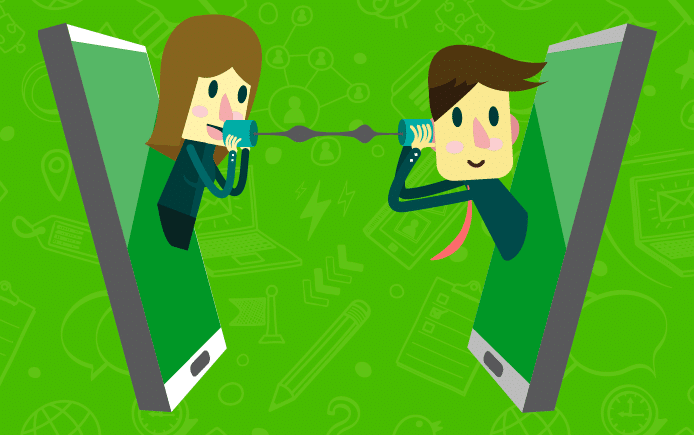 You could pick up the phone right now and raise more money for your cause.

Telephone fundraising can be wonderful: it’s relatively cheap, it’s personal and adaptable. And it works for any size organization. Even (or especially!) if you only have one supporter, the phone works.

But too often we shy away from it because it’s scary. So here is a crash course on what you can do to take the fear out of using the phone. And how you can start raising more money today:

1. Capture Telephone Numbers And Get Permission To Call

Get in to the habit of capturing supporter phone numbers along with their permission to keep in touch by phone. “Always Be Asking”. In surveys, social media posts, in on-line forms, off-line forms, newsletter sign-up pages…are you prompting individuals to supply their phone numbers?

2. Prioritize Who You’re Going To Call

As a fundraiser and a human you have limited time. In an ideal world you’d be speaking to all of your supporters at least a couple of times a year. But in reality you’re probably going to have to prioritize who you speak to.

Your existing regular donors are going to be the most responsive individuals on your database. Fundraisers often shy away from these individuals as they’re afraid to rock the boat and upset an existing donor, but a warm, grateful phone call with an appealing ask will get fantastic response rates. These individuals trust you, they have experience donating to you…they’re perfect to ask! Not only that, a ‘No’ is not a negative: your call (regardless of outcome)

Then think about your past and lapsed donors. Move on to people who value you or have benefitted from your services (where appropriate). And don’t rule out volunteers and fundraisers – they will still give, especially if they’re at a point in their life where they no longer in a position to donate their time.

As with all forms of fundraising, consider the rule of “Recency, Frequency, Value”. The more recent, the more frequent and the higher value of a supporter, the more a phone call is likely to generate.

Find a schedule of calling that works for you. That might be an hour or a day or an hour a week calling a chunk of your database. You might get in to the habit of calling 5 people on your database first thing every morning. Your organization might put aside a full-day here and there where everyone jumps on the phone to thank everyone on your database.

Weekdays generally work better in terms of contacting people (although still only about 50% of people will answer the phone to you). But people are all different with different schedules. Try 3 call attempts staggered over a different morning, afternoon and evening to try to maximize the chances of getting hold of them.

4. Prepare For Your Call

Get comfortable! Whether that’s standing up, sitting down, feet on the desk…whatever works for you. Believe it or not, it makes a difference. Likewise think if you want to make calls by yourself, locked in your own little room so nobody can hear you. Or are you the kind of person that would benefit from other calllers in the room with you?

Get your voice warmed up: vocal exercises, singing, talking out loud to yourself. You might feel a little stupid at first, but you don’t want to get tongue tied or croaky on that important phone call.

You’re going to want to leave a voicemail on the first call attempt so they know who’s trying to get in touch with them.

Scripts aren’t ideal. When you read from a script you sound like you’re reading from a script. And unfortunately, the person you’re talking to isn’t following that script.

Although you might note the key phrases you don’t want to forget, instead of scripting think of a general structure to your call:

Some people will give you a wholehearted YES. Others a definitive NO. But the majority of supporters you call will be somewhere in between: undecided or giving you a reasons why it doesn’t necessarily suit them.

While it’s important to enter every call expecting a yes, we also need to prepare for a no. There are only a handful of concerns a supporter might come back to you with. Be prepared for what your response will be.

If they can’t afford it do you have an alternative ask or suggestion? If they want to think about it, do it on-line or talk to their partner then what will you say? There is no right answer…the important thing is that you’re prepared and building your own bank of responses.

Humans give to humans. Let your own personality shine through on that call. Use your supporters names throughout the call, as well as whatever information you already know about them, such as their past giving.

Build rapport and ask questions. Imagine you’re talking to your neighbour or your aunt or your friend’s father. You don’t want to sound like a bank, and as a non-profit there is a level of presumed trust and friendly informality with the public. Use it!

By picking up the phone and reaching out in a respectful, friendly manner you’ll find supporters who welcome your calls. Supporters you can’t get off the phone. Supporters who are grateful to hear from you and delighted to contribute to the great work you’re doing.

Taking The Fear Out Of Corporate Fundraising – Making Fundraising From Companies Easy: Step-By-Step Guide To Engaging Businesses & Boosting Your Non-profit’s Income –> Register for the course <<here>>