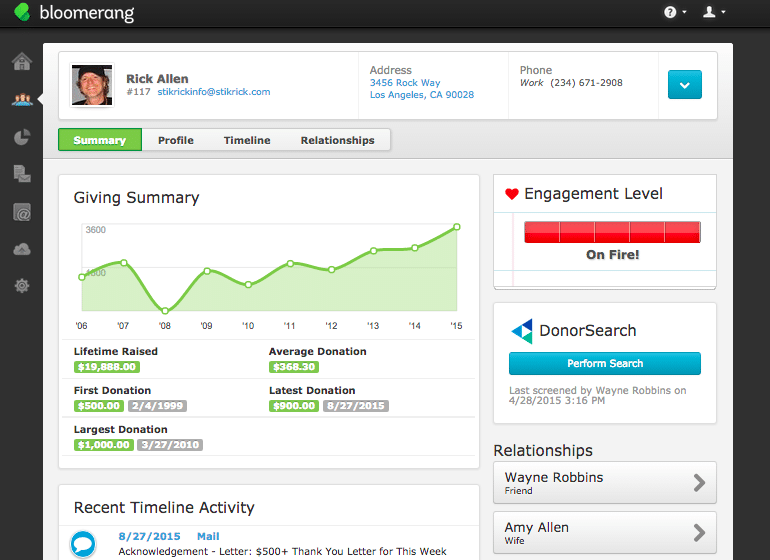 Knowing who your most highly-engaged supporters and stakeholders are is vital to your nonprofit’s fundraising success. It can help you identify those who have not yet given, but should, as well as those who have given who might be able to give more or support you in a different way.

Volunteers who aren’t yet donors can be considered highly-engaged. To some, giving their time is just as valuable, if not more valuable, than their treasure.

According to Fidelity Charitable Gift Fund® and VolunteerMatch, volunteers give 10x as much money as non-volunteers. So if you know who your most highly-engaged volunteers are, it might be time for a first ask or an upgrade.

A highly-engaged donor that has given consistently for many years is a great candidate for cultivating a planned or major gift!

Major donors aren’t just rich people looking to write checks randomly; they’re people who care deeply about your organization and it’s mission. A large bequest can come from someone who has given modestly over a long period of time, while staying involved in other ways. You just have to know who to ask.

Being able to determine who might be becoming disengaged will help you take action towards preventing them from lapsing.

Here are a few warning signs for a donor who is about to lapse:

Donors don’t just lapse in a vacuum. Often times, there are several instances over the course of a donor relationship that can cause them to reconsider or neglect their support. Tracking engagement can help you identify those red flags.

So how can you tell who is engaged and who isn’t? Here are a few ranking factors:

You can see that there are many more non-donation activities that signal engagement.

Imagine the power of a report that shows every above-average gift amount donor whose engagement has slipped down over the past year, or a report that shows which below-average gift amount donors have increased engagement over the last year. You can use this helpful information to identify any gaps in your fundraising plan or donor communications, as well as what’s definitely working well.

The key to all of this is truly understanding the total involvement a constituent has with your organization and mission, beyond just how much they give.

Are you currently tracking the engagement level of your donors? If you’re using Bloomerang, we know the answer is yes! If not, tell us why or why not in the comments below!